In this article, I’m covering a method to open apps in floating windows for multitasking on Android. Wider screens on desktops and laptops are bested suited for multitasking with their free-form program windows. Multitasking is feasible on mobile phones but it is not that useful or productive. The native multitasking feature on Android allows you to open at most 2 apps, one on top of another. And most apps struggle with the split layout to the point that it’s not feasible to use them side by side.

Floating Apps is a utility app for Android that tries to improve the multitasking experience on Android. Unlike native Android multitasking, this app allows you to open utility tools and native apps in free-form floating windows that you can place anywhere on the screen. These windows can be overlapped and resized to the desired scale thus offering a more usable multitasking experience on Android. So, let’s check it out in more detail. 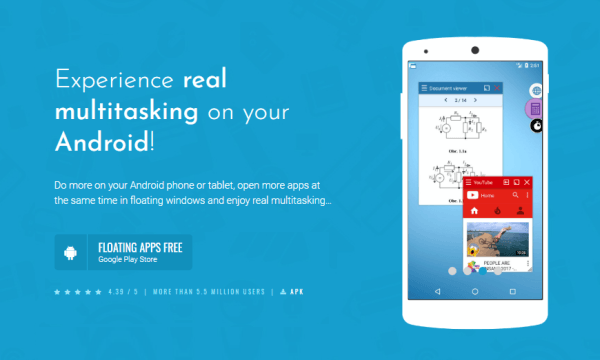 Also read: How to Get Back Tap Gesture on Any Android Device?

Open Apps in Floating Windows for Multitasking on Android 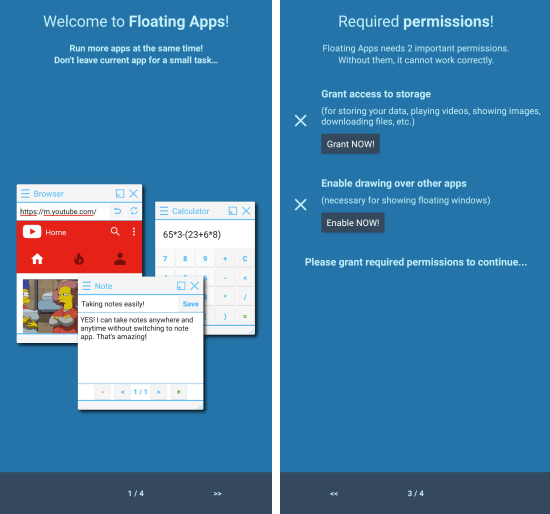 When you open the app after installation, it gives you a quick overview and asks for required permissions to work. This involves permission to grant access to storage and permission to enable drawing over other apps. After those permissions, the app is ready. 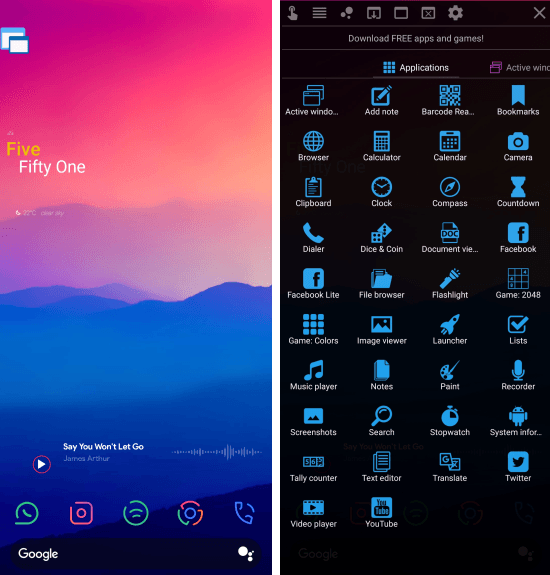 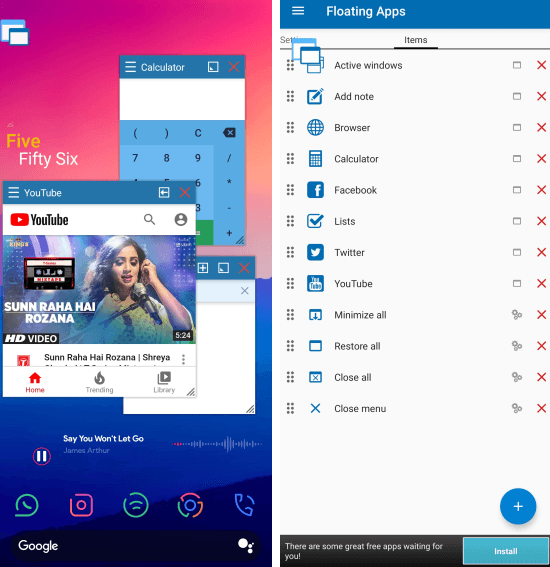 Floating Apps offers a better way to multitask on Android. The built-in utilities work very well and can be freely resized. The content of the window adjusts automatically according to the size. With the supported native apps, this has the potential to make multitasking better and productive on Android.