I2S OCR is a free Android OCR app with various features like text -to-speech, translation, PDF generator, etc. Using this app, you can easily extract text from images, and then turn them into text-to-speech, translate to more than 75 languages, or simply export the extracted text as a PDF file. You can either capture a new image using the built-in camera or import from the photo gallery to extract text from it. Apart from that, if you only want to use the translation, text-to-speech, or PDF generation features, then it also lets you enter the text directly without any need to select an image.

You can choose between more than 20 input languages before extracting the text such that you can get a perfect result. Once the extracted text is turned into text-to-speech you can listen to the text by choosing more than 45 accents of the selected input language. The translation feature is also pretty great as it can be used to translate the text into more than 75 languages. There are various OCR apps for Android, but this one is quite distinct as it comes with the unique features like text-to-speech, translation, etc. 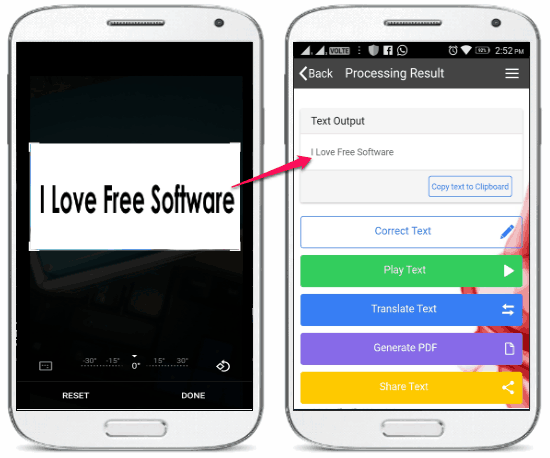 First, you need to install and open up the “I2S OCR” app on your Android phone. On the main screen, you will see 3 different buttons named, “Take Picture”, “Load Picture from Library”, and “Enter your Text Directly”. The “Text Picture” button can be used to capture an image of anything (with readable text) from which you want to extract text. 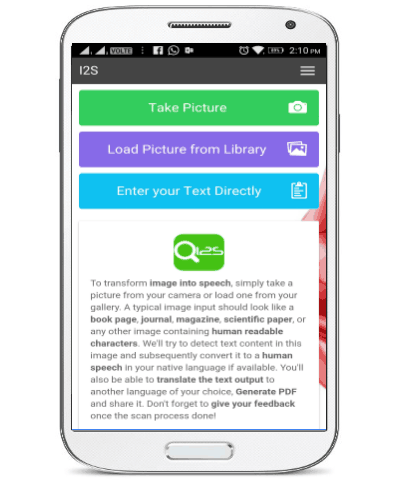 The second button will allow you to import any existing image from your photo gallery. And if you want to directly turn any text into text-to-speech, translate, or create a PDF without extracting the text from an image, then you can select the “Enter your Text Directly” button.

After importing or capturing an image, it will ask you to crop the area of the image where the text is written and then press “Done” to proceed. 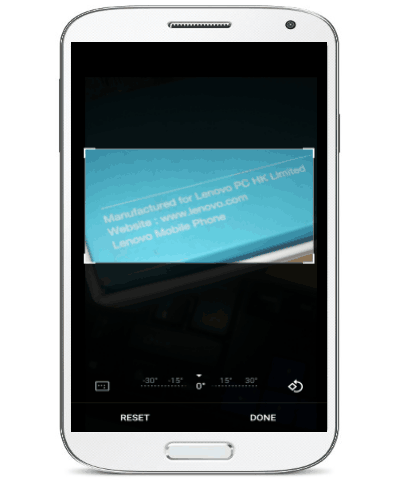 As soon as you do that, it will process the image and ask you to select the input language among 21 different languages such as English, Spanish, French, Danish, Korean, etc. After selecting a language, you need to simply hit the “Scan Now” button to make this app extract the text from the image. 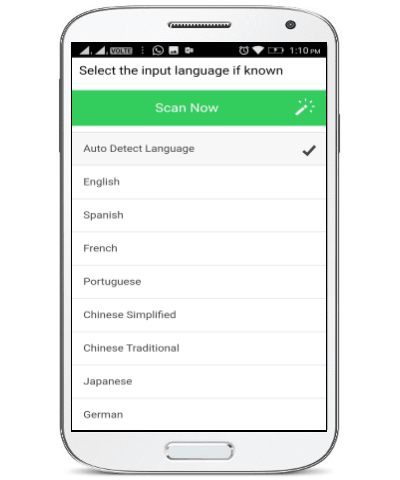 Once the app is done with extracting the text from the image, it will show the text under the “Text Output” section and provides a “Copy text to Clipboard” button to copy the extracted text. 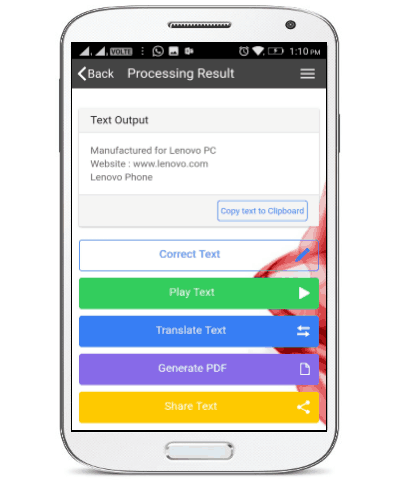 Apart from that, you will also see the following options at the bottom of the “Text Output” section:

I2S OCR makes it very easy for you to extract text from an image. Personally, I am giving this app a 5-star rating, as apart from letting you extract text from images, it also turns them into text-to-speech, translates text, and also can generate a PDF file with the text output. So, if you’re looking for an Android OCR app with text-to-speech and translation features, then you can start using I2S OCR right away.