Instant Games is a part of the Facebook Cloud Gaming service that lets you play games on the go. It is basically a collection of online games that you can play instantly on Facebook, with no need to download or install anything. You might have seen a few small instant games on Facebook Messenger. Now, Facebook has brought that to the Gaming tab in the main app with hundreds of games to play.

Unlike other tech giants like Microsoft and Google, Facebook has no intention to replace traditional console gaming at the moment. Currently, it’s focussing on games played on mobile devices. Along with that, Facebook has also introduced gaming names and themed avatar. With this, you can create a gaming profile and play multiplayer games anonymously without revealing your Facebook profile. 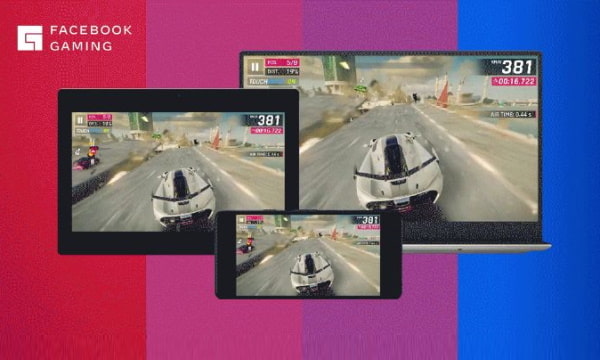 Instant Games are available under the Gaming tab on Facebook. You can play these games on any device whether it’s mobile, laptop, or tablet. All you have to do is simply log in to your Facebook account and go to the Gaming tab. Select Play Games and there you get a catalog of Instant Games that you can play on the go without downloading anything. 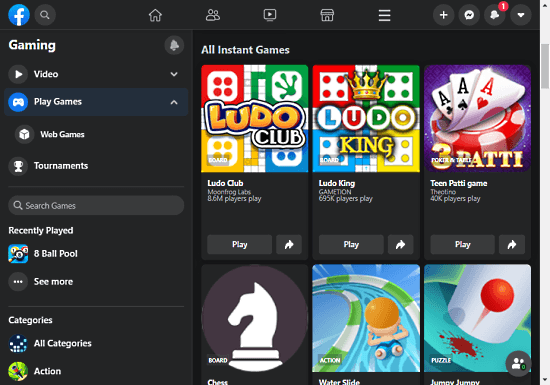 The catalog features hundreds if not thousands of instant games covering board games like ludo, chess, card games, candy crush, cricket, shooting, Pokemon, Racing, and other mobile-friendly games. For each game, it shows you the number of players plated that game so far. This can help you find the most popular games to play. With the “Play” button you can start the game and start playing. You also get a share button for each game, this lets you post that game on your Facebook profile. 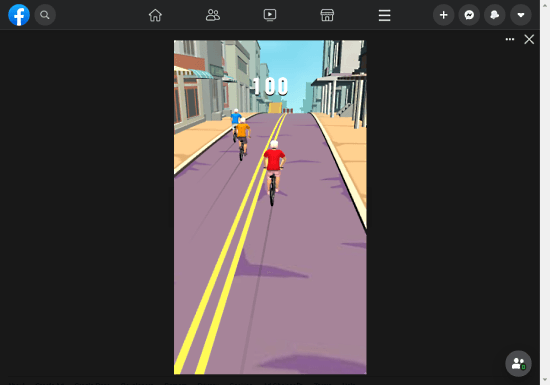 Some of the popular games you can find in the Instant Games are Asphalt 9: Legends, WWE SuperCard, PGA TOUR Golf Shootout, Mobile Legends: Adventure, and Solitaire: Arthur’s Tale. Facebook plans to experiments with more titles adding more gaming in the coming weeks.

Instant Games is not new on Facebook, similar games are available on Facebook Messenger for over a year now. However, the collection of games on Messenger is pretty limited. With the offering of instant games in the Gaming section of Facebook, the company is setting up the groundwork for future cloud gaming on the platform.