This article talks about a website to play real-time multiple Sudoku online with friends for free. If you are exhausted from working at home or not be able to hang out with your friends, an online game would be a nice option to spend some time on. Sudoku is a calm game that requires some attentive yet casual thing that could be enough to take your mind off the things. 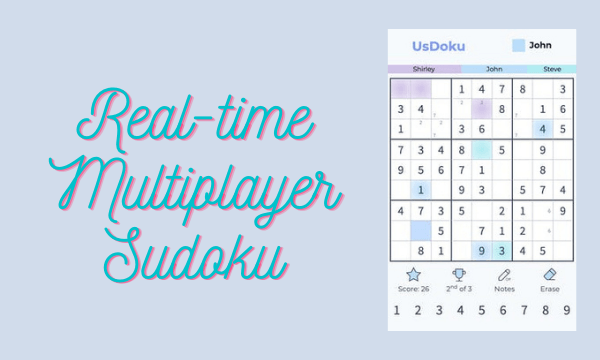 UsDoku is a website where you can host this real-time multiplayer game of Sudoku. You can start a game right away on the website. There is no need to create an account for any party. 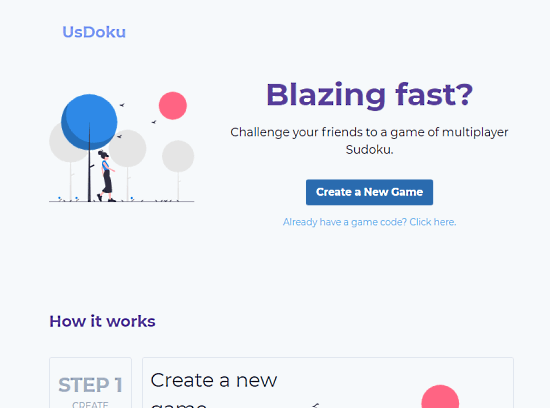 It is simple to start a game, you get an option for that right on the landing page along with a step by step guide below that. Each game has a unique code that you can share with others to join. From the landing page, you can start a game or join someone else’s game by entering the game code. 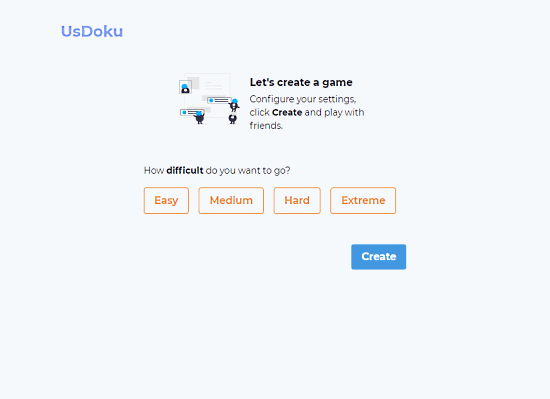 When you start a new game, it asks you to pick a difficulty level for it on the next screen. There are four levels of difficulty, you can go with any of those for your game. 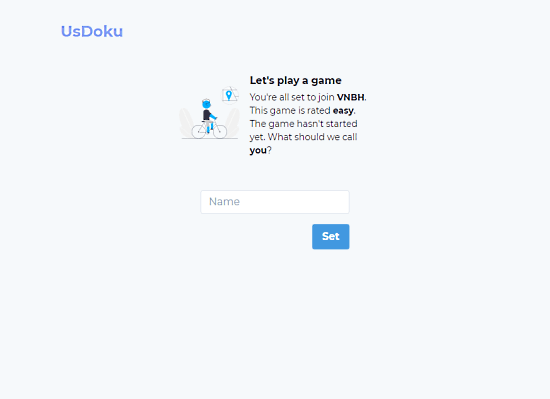 Next, you have to enter your name for the game. This will be used to display score and player progress in the game. In the case of more than 2 players, it will also help distinguish between different players. 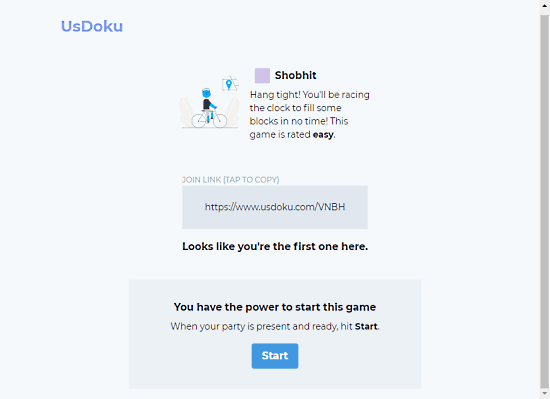 After that, your game is created and you get a link for it that you can share with others and ask them to join. The link opens the naming screen on their device, they can enter a name for themselves and join the game. All players who join the game will appear on the link screen. When everybody is on board, you can start the game. 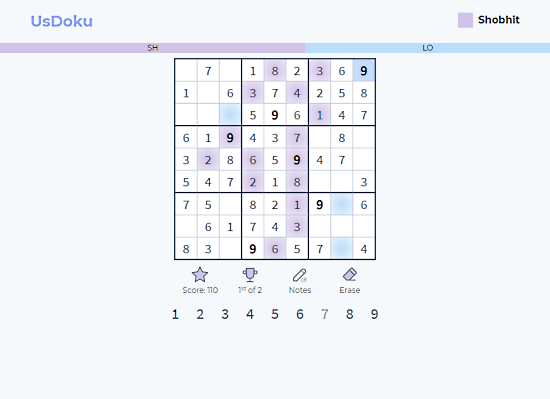 In the game, all players get the same sudoku puzzle with score, position, notes, and erase option at the bottom. For each correct entry, you get +10 points and for each wrong entry, you get -10. Based on the score, your position in the game is determined. The score and your game process are also visualized on the top of the Sudoku compared to other players. This is how you can play real-time multiplayer Sudoku with friends.

UsDoku is a nice game to play competitive Sudoku with friends online. It is simple and easy to set up and offers all the necessary options and features for the game. If you like to play Sudoku then do give it a try with your friend(s).