Clone Camera App is a Photo Cloning app for iPhone, with the help of which you can make clone of yourself in the same photo. The effects provided by this apps are very realistic and seems like you are sitting in different places in a single photo. The final captured photo can also be edited by applying many cool effects which are given inbuilt in this app. The photos can be shared and saved on social networks like Facebook, Twitter and Instagram and to your iOS device.

Earlier you might have used any panorama app for photo cloning yourself. But by doing so the picture gets too much bigger, and in the final photo you look small as compared to the the large size of the photo. So here the the size of the photo remains small and you need not to move the camera to click your self again in the same picture. 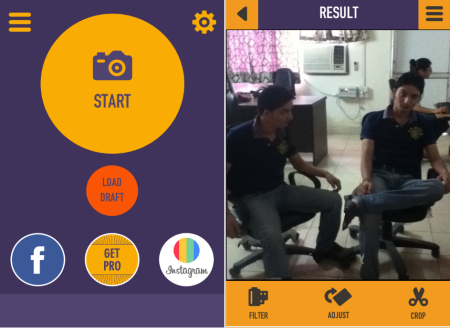 As you start with this photo cloning app you will be asked to click photos using its inbuilt camera app or to Load Draft. If you have already clicked some photos then, you can save your work as draft which can be edited whenever you want to edit. As we are starting from ground zero so I will try to explain everything about it.

To start with this photo cloning app, tap on Start to click photos. Now on the bottom bar of this app you will see a timer icon on the left side of the panel. From here choose the number of shots and the time interval for each click, and it will automatically click pictures. From here you can also swap between the automatic and manual mode of clicking.

Now after clicking the photos, it will ask you to choose which photo you to want to add as clone in your photo. As you select the photos they will be marked 1, 2, 3,… and so on. Remember that, the first photo you have chosen will be the base photo, and you will not be able to make any changes to that photo. 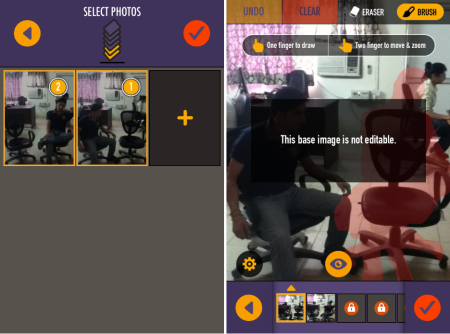 Now as you are not allowed to make click more than 2 photos, so you can make changes only to one photo which you have selected at number 2. From Photo-2, highlight the area which you want to appear on the base photo.  You can also see how the photo will appear from “EYE” icon located over the photo roll after you have completed the touch up . 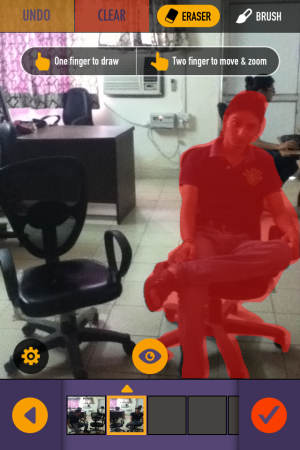 After you have made changes to the photo and satisfied by the changes tap the Done button, and this app will process your output, as you can the screenshot below:

After the photo is complete,  you can also edit the photo by applying preset effects given in this app. In this free version only 4 presets are available which can be applied to your final photo. 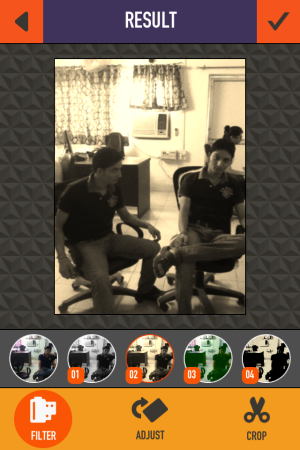 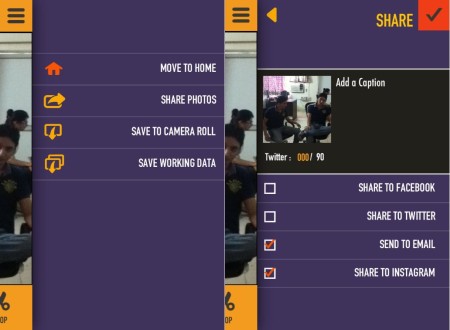 Making collage may seem to be tough at the first time, but a tutorial on a start up will help you to work with this app, you can also choose to watch the tutorial video anytime.

Features of This Photo Cloning App:

Photo Cloning app is a beautiful app to make your photo clones inside a photo. Those who have used any photo editor like Photoshop or Paint.Net, will find this app similar and much easier to use. But if you have not used any such app or software then even you can also make clone photos easily with the help of this app.

But I was quite disappointed by its frequent ads which kept on appearing on its page. But except that this app is completely awesome.