Stop Motion Studio is a free stop motion animation creator app for Android. Using this app, you basically have to take pictures of an object or a design frame by frame. In each frame, the position or perspective of the object/ design is changed, so as the frames progress, you will feel the object is animated. Such applications aren’t really common to find. Earlier in the analog camera days, stop-animation was made by play-pausing the camera to illustrate each frame. With Stop Motion Studio, you just have to hit a single button to capture a picture. You can take unlimited number of pictures and thus you can create a really long video.

On Stop Motion Studio, the frame rate can also be changed to speed up or slow down the playback. A lot more can be added to customize the video, such as movie effect, mask, foreground, etc. 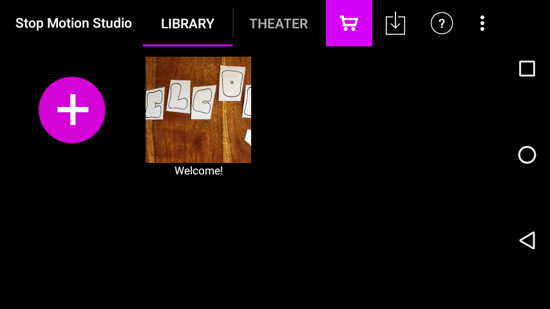 If you’re not happy with on Stop Motion Studio, make sure you check out this list of Stop-motion animation software.

So let’s see what we can do with Stop Motion Studio! 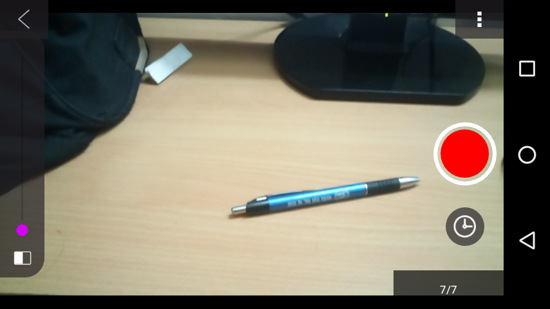 So when I launched Stop Animation Studio for Android, I was directed to the dashboard. Here you’ll see a sample of a video made using Stop Motion Studio. Click on the big pink ‘plus’ sign to create an animation.The red button on the right is used to click a single frame of the animation. On the left, you can toggle the transparency of the frame. On the top, the exposure, white balance, and aspect ratio can be toggled. A timer can also be set to decide how long a single frame should be.

I took a pen and kept changing its position little by little. In each interval I kept snapping a frame of the pen’s position. Here is what I made:

When you’re done recording, the video can be edited with the right description in the outline field. One thing I liked about his application is that frame by frame audio can also be added. As you complete your animation, you can browse the movie from the main menu. The video can be posted on YouTube and various other social sites.