This article explains a simple tutorial to enable Google Chrome dark mode permanently on Android. A few years, OS-level dark mode was only possible through some third party hacks and patches like root on Android and theme patcher on Windows. But it seems like everything is changed since then. Now, the dark mode is the latest design trend that everyone is following these days including Apple, Google, and Microsoft. All these companies implemented some sort of dark mode to their respective operating systems.

How to enable Google Chrome Dark Mode Permanently on Android?

Before we go any further, update the Google Chrome app on your Android phone to the latest version. Then, open the app and type the following URL in the address bar: 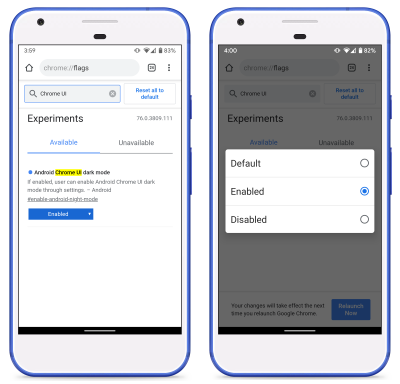 This opens the Chrome flags that contains a list of upcoming and experimental features. In the flags section, you get a search tool at the top. Type “Chrome UI” there and look for “Android Chrome UI dark mode” option. Its value might have set to default. From here, simply tap the Default and change it to Enabled. Doing this would prompt for a relaunch of the app. 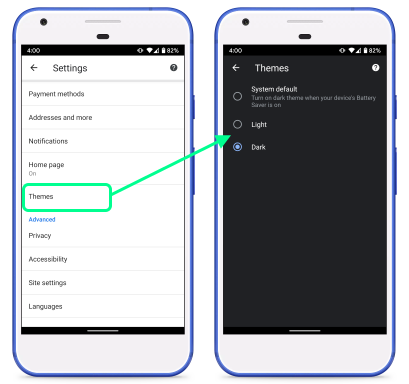 Get Google Chrome for Android here.

This is how you can enable Google Chrome dark mode on Android. Unlike the previous updates, this adds a themes section to the Chrome which lets you easily toggle the theme anytime you want. Now, you can keep it to system default or enable the dark mode permanently.