This article covers the new Transcribe feature in Google Translate that allows you to transcribe speech in real-time. Language is a barrier in communication and technology is working to overcome this barrier. Google is currently leading the industry in terms of speech recognition and translation. Last year, they launched a Live Transcribe app for Hearing Impaired and now a similar feature is added to Google Translate for everyone.

Google Translate is a popular language translation app that now features a Transcribe feature on Android. This new feature allows users to transcribe speech in real-time in 8 different languages. You can use this feature with the combination of the following languages: English, Hindi, German, French, Russian, Spanish, Thai, and Portuguese. 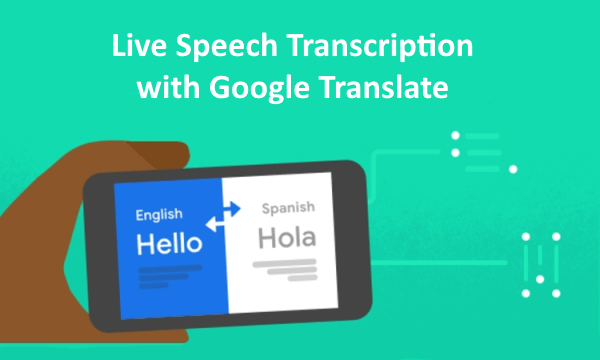 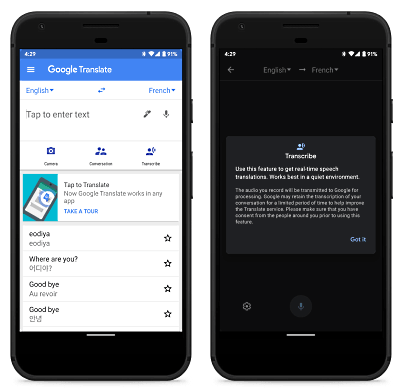 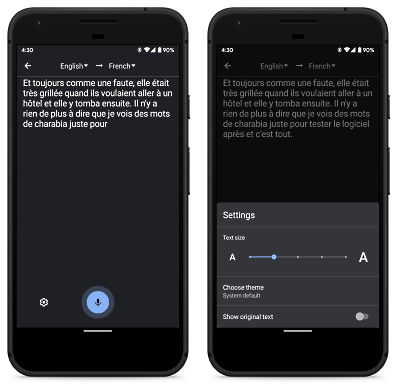 Now, when the mic hear something in the original language, it automatically transcribes it to the target language and shows you the translation. That’s it, you can point the phone to a source and read the transcribe in a language you understand.

There is also a setting-icon next to the mic that allows you to change the font and theme of the transcription. And, if you want to see the transcription of the original language, you can enable that too.

This new Transcribe feature in Google Translate opens a new possibility for people to interact beyond their languages. It is good to understand a foreign speaker, a movie, or anything that’s a one-way conversation. And, if you need both way communication, you can use the “Conversation” feature in the app. Give it a try and share your thoughts on this with us in the comments.