Cypher is a sidescroller game where you play as an agent that has to destroy the corrupt Martian Government that lets greedy corporations sell Oxygen at a premium. In the game, you are supposed to hack valuable information from computers and servers and save them on your own system. The game employs ‘capture the flag’ dynamics where you rush against time and enemies to hack a system first.

You will face a lot of enemies who you need to fight using your skills and various weapons that you can buy from the credits you earn in-game. This gives you a really good leveling system where you can increase various skills that help you win the game. 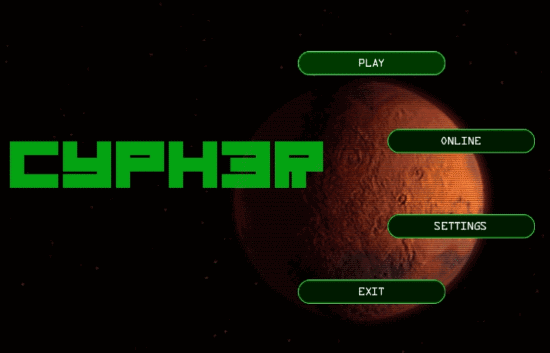 The graphics give you a retro feeling as if you’re back in the 90’s. The game surprisingly also offers an open environment where you can try out new tactics where there are endless possible strategies (my favorite is baiting with a bomb). You can play up to 10 maps with a total of 8 players. This game right now is a Beta release.

If you like simulation and strategy games, you can check out this game.

So let’s play the game!

How to Install Cypher  Sidescroller Game:

Before we start installing, you have to install the latest XNA framework and .net framework for the game to work. This is because the installation package has problems installing these two important components. You can download them from Microsoft’s download page.

How to Play Cypher  Sidescroller Game:

Before starting this sidescroller game, you might want to check out the controls first before you start playing. You can change them to your liking. To start a new game, click on Play on the main menu. The game will start with your character standing on a platform. You can move and jump around with the direction buttons you have set. You can also use a jet pack. 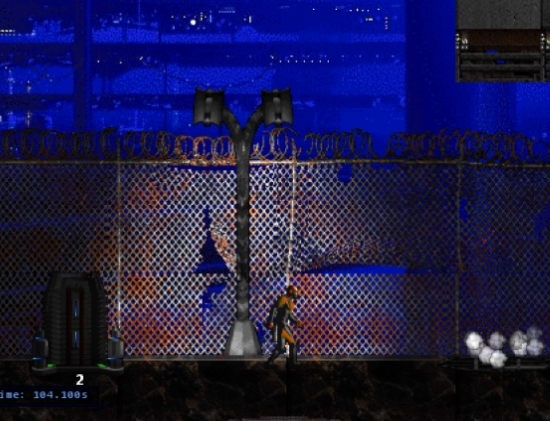 You have to move your character to find servers and computers that are lighted up green. But before you do that, place a door to your base on a strategical position where you can reach it easily. Stand next to the green computer and press the hack button (default: space bar). Shoot the enemies with the default Right Control button (unless you have changed it). 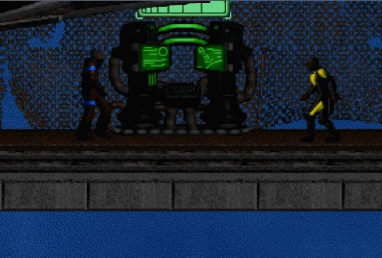 A list on the right will light up and you will receive credits which you can use to increase your skills when your level increases. You have to steal valuable data from all the green lighted servers till you complete the list and the leveler on the right. When you do, a beaming will start where you have to reach a targeted computer. 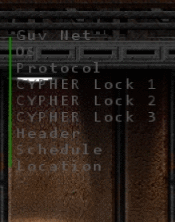 The information you have collected will self destruct (and kill you) unless you deliver it to your own System in your base. Doing that successfully will award you credits. The data which you can steal are pinpointed in the Map in the HUD which also shows the type of weapon you are using and ammo.

You can use a range of weapons including rocket, flamers, shaper bombs, plasma bombs, EMP bombs, etc.  Buy weapons with the credits you have earned by stealing data and feeding it in your base computer. When the leveler is full, you go to the next round.

This sidescroller game took me a bit of effort to make it work since its original installation file was lacking (the fix I told you earlier). This game gives you a Sci-Fi feeling with good game mechanics and plot. The weapons could have been more engaging as there was a certain amount of delay when I fired them. There were also times when the movement was glitchy but became fine after a moment. After balancing the good and bad in this game, I award this game 4 stars.

What do you think about this game? Let me know in the comments!