Toontastic 3D is a free video animation app for kids by Google, for Android. Using this app, kids will be able to easily create animated videos by drawing, animating, narrating, and recording their own 3D cartoons. To create an animated video, you can simply select a predefined storyboard, video scene, and a video background. Then you can add predefined 3D characters to the video. Currently, it offers more than 50 3D characters which you can use, or you can draw your own 3D characters. You can place the characters anywhere you want on the video.

If you don’t like the video backgrounds offered by this app, then it also comes with an option using which you can draw and create your own backgrounds. After adding characters to the video background, you can start recording the animated video and add your own voice-over to the video scenes. You can also make the 3D characters walk, talk, and do a unique move like dancing, fighting, and more on the video. To make your animated videos more interesting, you can choose from dozens of music tracks based on moods and add them to your videos.

You may also like AutoDraw Drawing App by Google Gives Drawing Suggestions As You Draw.

Note: This app is also available for iPhone, but I have only reviewed the Android version in this post.

How to Create Animated Videos using this Video Animation App for Kids by Google:

To get started, simply open up this app on your Android phone and tap on the big “+” button at the center of the screen. After that, it will ask you to choose a predefined storyboard between Short Story, Classic Story, and Science Report. 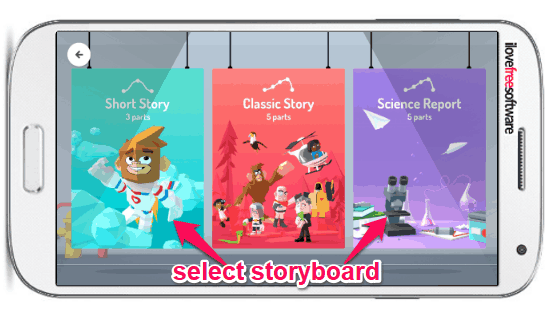 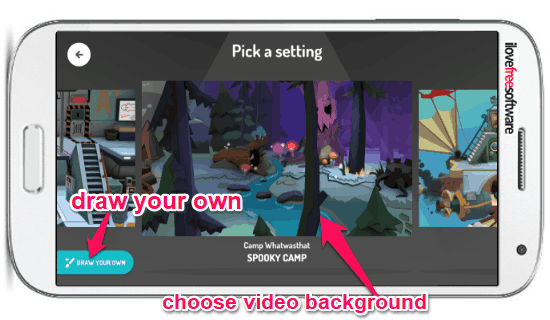 After you’re done selecting a video background, it will open up a new screen where you will see all the 3D characters offered by this app at the bottom. There are more than 50 characters which you can use for your animated video or you can also create your own 3D character by drawing it. To add a character to the video, all you got to do is tap on the character and it will be added instantly. For each video, you can add up to 8 characters. 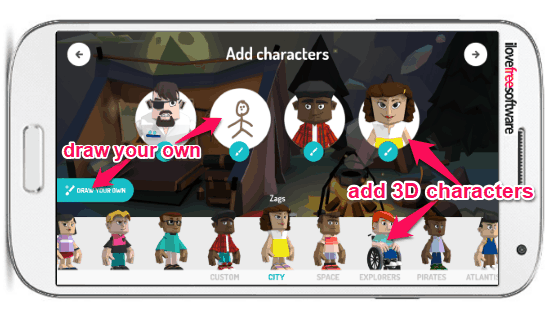 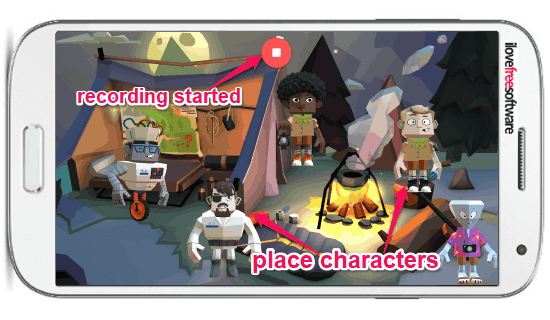 When you’re done recording the animated video session, you will be able to apply various predefined music tracks to your video. You can select the music tracks depending on the mood of your video like Romantic, Sad, Bold, Scared, Anxious, Angry, and so on. 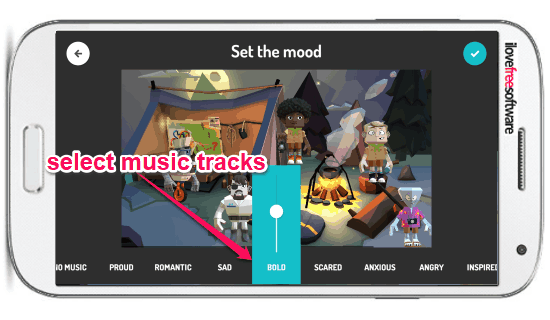 Once you’re all set with the current video scene, you can select the next video scene of the storyboard and edit it in the same manner. After you have completed all the scenes, you can go ahead and save the 3D animated video in your phone gallery. The video will be saved in mp4 format, and you can copy the video from your phone gallery and share with anyone.

Toontastic 3D is a very interesting app for Android which makes creating 3D animated videos by kids a cakewalk. So, if you’re looking for a way to tell your story with the help of an animated video, then this video animation app by Google is what you need. Personally, I like this app as it helps kids to act as a director for their own 3D animated videos, and film it any way they want.

Get “Toontastic 3D” for Android from here.

Get “Toontastic 3D” for iPhone from here.