This article covers a simple method to get apple watch launcher for Android. Apple products are really well built from hardware to software. Their software lacks heavy customizations like other counterparts (Android, Windows, etc.) but it features beautiful design with innovative ways for user interaction. Apple watch is one example of Apple’s stunning design style. Apple Watch has a small screen so instead of having a grid (like iOS) it has a honeycomb layout for apps. If you also find that layout beautiful, you can get it on Android phones too.

Ceri Launcher is an Android launcher with an Apple Watch style app drawer on Android. This launcher packs the app drawer in a honeycomb layout along with a swipe-down to search feature to quickly find apps. This app is absolutely free with an in-app purchase to support the developer which also unlocks some additional perks. So, let’s check this out in details.

Also read: How to Get iPhone X Gestures on Android?

How to Get Apple Watch Launcher for Android?

To get Apple Watch launcher on Android, go to the Play Store and install “Ceri Launcher” from there. This app is currently in early access, if it doesn’t show up in the search, you can use this link to get the app. 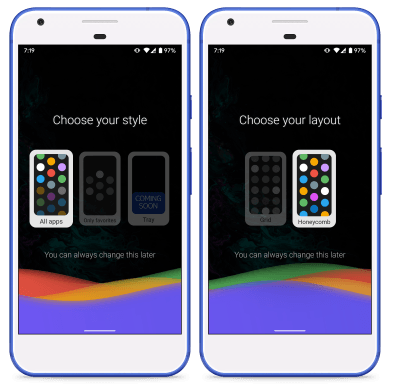 After installation, when you open the app for the first time, it takes you through a simple set up process. It asks you to choose the style and layout for the launcher. The free app offers two style options. First one is “All apps” which lists all the apps like an app drawer. The second option is “Your Favorites” which only shows 7 user-selected apps in a circular style similar to Apple Watch. With both these styles, you get two layout options; grid and honeycomb. 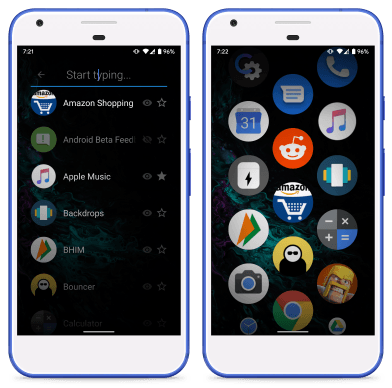 After this basic set up, you can set the Ceri Launcher your default app launcher and enjoy the Apple Watch style apps layout. This launcher packs a handy search tool to find apps. It takes a simple swipe down from the app drawer to get to the search then you can start typing letters to find relevant apps. 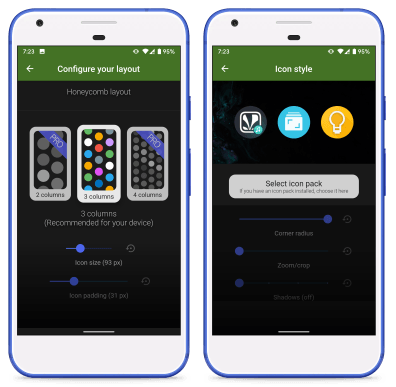 From the launcher settings, you can further configure the layout and customize many different aspects of the launcher. Here is a list of main customizations that Ceri Launcher offers:

Ceri Launcher is a nice app launcher to get Apple Watch style apps layout on Android. It doesn’t stop there, like the popular third party launchers, it offers a decent set of features with style and layout customization. Give it a try, it’s way better than many stock launchers.