Dwibbles is a free social media manager that allows you to manage feeds of your social media accounts from a single place. It works with Facebook, Twitter, and Instagram. Dwibbles displays all the latest feeds from these accounts and later on removes the irrelevant feeds. As the time passes, it learns what’s important to you by detecting the topic and people that you visit more frequently, and then shows you only those feeds which belongs to those topic and people. You can also post a status update on Facebook or tweet on Twitter at the same time using Dwibbles. Plus, it shows you notifications at the top right corner of the browser window, whenever a new feed appears.

With Dwibbles, you can link Facebook, Twitter, and Instagram together and see all the latest feeds in one window. There’s no need to jump between different browser tabs just to see your social networking updates. Apart from that, you can individually view feeds from Facebook, Twitter, or Instagram just by clicking on their respective icons present on the app’s interface. 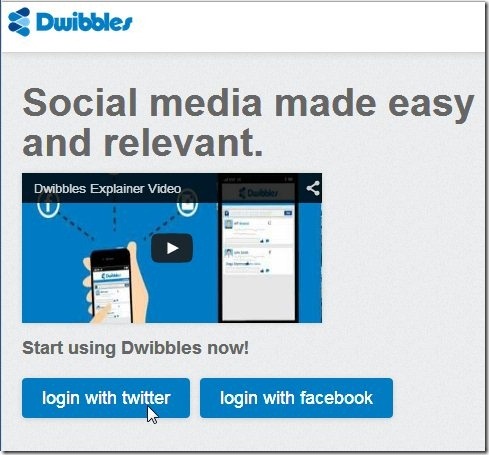 Signing Up and Linking Accounts with this Free Social Media Manager:

Just go to the official website of Dwibbles (link given at the end). Then sign-in with your Facebook or Twitter account. After signing-in, you’ll see a window containing all the latest feeds from your social networking account with which you have signed-in. 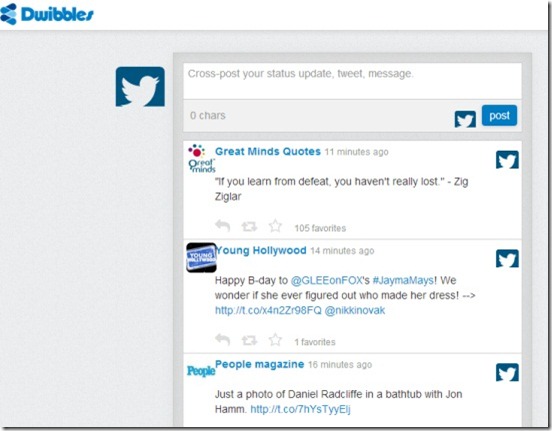 In order to see feeds from other two social networking accounts also, you can link Dwibbles with them by clicking on the settings button (as shown in the screenshot below), and then selecting the websites one by one. The moment you click on the requisite website, the current page gets directed to the login page of that website. Feed-in your login details and sign-in. That’s it! Your account gets linked with Dwibbles. 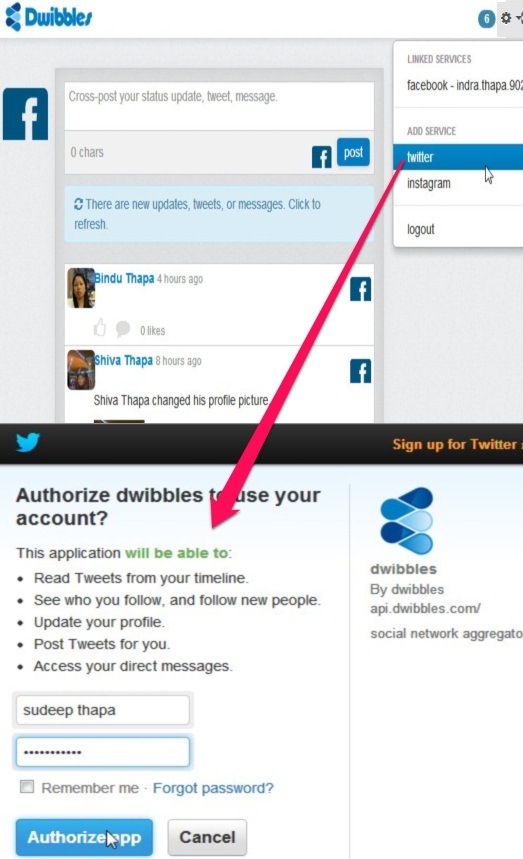 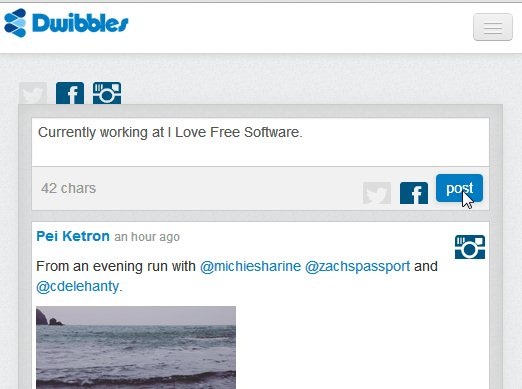 Dwibbles is a free and easy to use medium that lets you view and manage feeds from your favorite social networking accounts at one place. As a free social media manger, it serves great in saving your time and makes social networking more engaging. Most importantly, it shows only the relevant feeds and no useless junk. It has got lots of plus points that makes it a good web app for reading and managing the feeds. Give it a try!