This article talks about SpaceX ISS Docking Simulator to Dock Dragon to ISS. SpaceX is using the Dragon capsule on ISS supply missions for many years. Now, as the company moving closer to the first Crew mission to ISS with it’s new Dragon Crew vehicle, SpaceX launched a docking simulator where anyone can go through the whole docking experience.

SpaceX – ISS Docking Simulator simulates an actually interface to manually point Dragon 2 that is used by NASA astronauts. The goal of this simulator is to help people get familiar with the controls. The controls include axes of rotation in roll, yaw, and pitch along with position controls. The control information shows on a head-up display and then you can take control to attempt the docking. 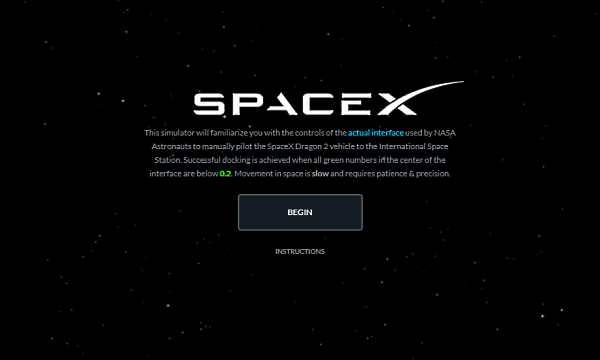 To get the ISS docking experience, visit this link to access the docking simulator. Once loaded, the landing page gives you a brief introduction to the simulator followed by instructions and a button to begin the simulator. You can start the simulator right away which flashed a magnificent animation on your screen and takes you to the International Space Station. 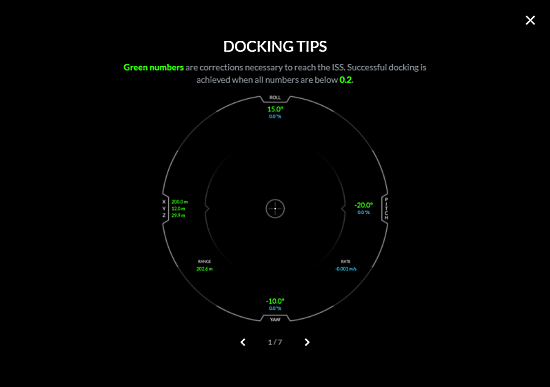 Since it’s an ISS docking so there are things that we have to know to get a better understanding of controls. All the controls are briefly explained in the instructions. The instructions are short and to the point which gives you a clear idea about the controls and heads-up display information. 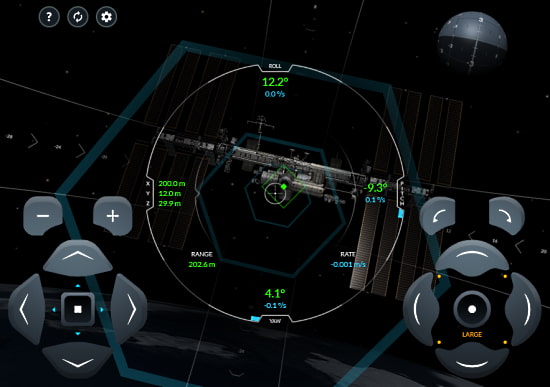 When you start the simulator, it simulates the Dragon 2 capsule with its interface roaming near to the International Space Station. You instantly get the control of the vehicle and then you can use the controls to maneuver to the docking point. You can use the rotation controls on the right side of the screen to control axes of rotation in roll, pitch, and yaw. Then you can use the position controls on the left to translate our position. The heads-up display shows the information with color code. With that all, you can try docking attempts to the ISS.

This ISS Docking Simulator by SpaceX is a great exercise for professionals as well as general space enthusiasts. There are not many decent simulators available to the public. This is really well designed with an actual interface for docking. On top of that, it has options to enable or disable gravity and change the Earth’s view that you can personalize accordingly to simulate different scenarios.