Talk of any format and this free image editor makes it possible for you to use the image in the named format. The tool would seem quite familiar to the users who have been working on existing image editors. However, not much should be expected from this tool as it is a simple and free image editor which has been designed to perform a few basic functions rather than advanced editing of images.

FireAlpaca can be easily installed on downloading the setup of  9MB from the official website. Suited for Windows XP or higher, the free image editor is also available for Mac operating system. The installation is simple and gets completed in a jiffy. It does not install any adware or toolbars on your system.Hence its safe and secure. In fact, this software is compatible with Wacom tablets as well. 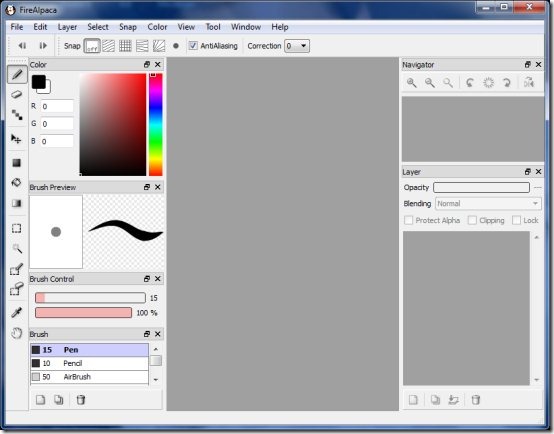 If you have been using Photoshop, then you would find that this free image editor, FireAlpaca has been built on similar lines. The interface is quite attractive and experienced users would have no issues using the software. The functions are not as complex hence you would find the interface quite user-friendly.

Some other image editing software we reviewed earlier include: ZoomFX, and Magix Photo Designer. 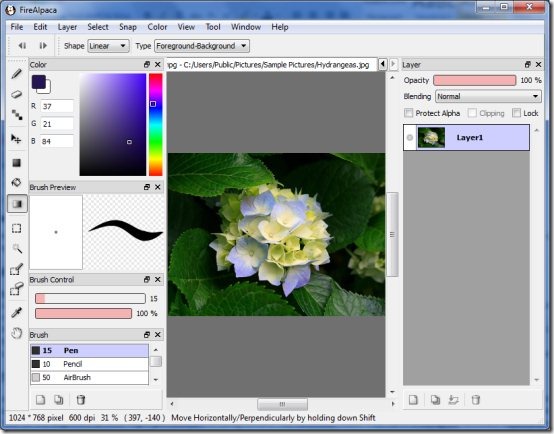 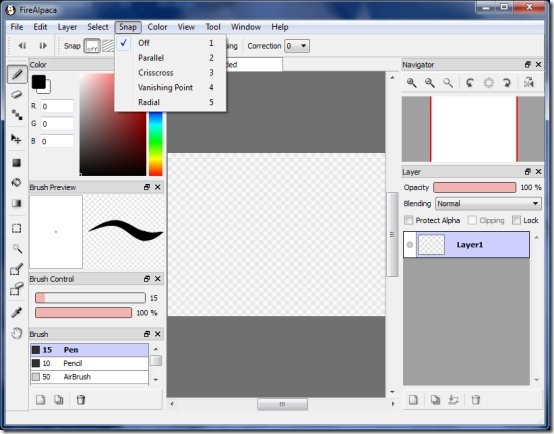 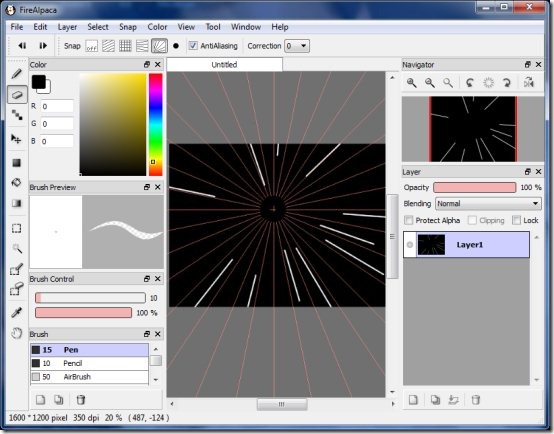 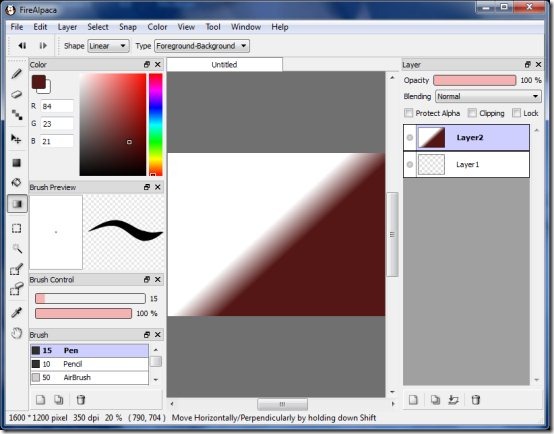 If you are searching for Photoshop capabilities in FireAlpaca then you would be slightly disappointed. It does not match to the level of Photoshop but on the whole the software is great if you love to engage yourself in freehand drawing. Some of the tools which you find in Photoshop are missing yet FireAlpaca seems to be a good option when it comes to drawing. In fact, including a help file would be a lot of use for the beginners as they might get confused in using some of the functions. There is no harm in trying the software especially when it comes for free and has some interesting features in store rather than opting for other costly tools if you do not have many requirements!