LaziiTV is a free media player that can be used to present and play video files on your computer like random channels on a TV. When you start LaziiTV, a random file will play. You can change ‘channels‘ to change video files. Basically, if you have different folders of video files, divided based on genre, then you can setup separate channels for each folder. Then, to switch between folders, you need to just change channels, and then it will randomly play a video of that channel (which will be a video selected from the corresponding folder).

Just like in regular television, the channels can be banded under a common group/genre too. You just have to use the keyboard controls to change the channels, just like on television. Therefore, three of the most important elements of classic TV are included in LaziiTV: randomness, continuous playability, and channel control.

Many of you must be wondering, Why use LaziiTV? Well the answer lies with increasing number of people who love to watch television shows or Netflix shows on their computer after downloading them. LaziiTV will give you the most laid-back experience of watching these shows. All you have to do is move the show files in the configured directory. However, you might experience one restriction. Since LaziiTV plays a file randomly from the assigned folder, you might experience difficulties if you’re watching a show whose episodes are in sequence. You’re better off watching shows with “Villain of the Day/Week” format or just movies.

There is a chance you might have landed on this page in hopes to find an app that streams live television. LaziiTV does not include this feature but you can try Livestation to keep world news on your finger tips. Television without a guide can become annoying when you don’t know what to watch. Check out RecThing to find the best movies and shows on TV.

Before you can start using this software, you need to do a bit of configuration settings. As I mentioned above, you can setup different channels based on different folders, and also you can group channels together. So, all those settings need to do beforehand.

Now, under each group, you need to define corresponding channels. Remember, each channel basically represents a folder that contains videos of that genre. So, if you have 4 folders that have Anime, then you can set them up as 4 separate channels (Anime 1, Anime 2.. and so on, or any other naming convention you want).

And lastly, you need to define the folders under the channels. So, in example above, you will specify which folder will go in Anime 1, which in Anime 2, and so on. Do note that it is possible to add multiple folders also under each channel. So, you could very well had just one channel of Anime, and all 4 folders tagged to it. But, I personally prefer to keep it more organized, and setup separate channel for each folder.

That is pretty much it. Now, you can go ahead, and start enjoying your folders full of videos, and surf through them just like you would do your TV channels. 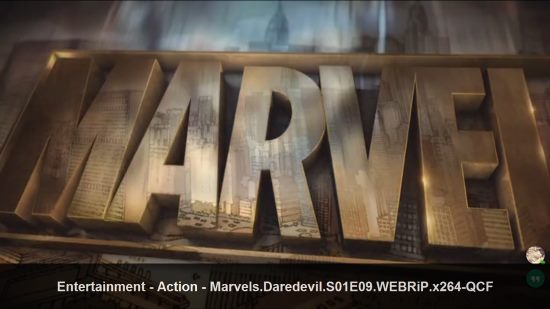 LaziiTV actually gives you some more customization options. For example, you can setup the shortcut keys as you want. It is better to setup the controls as the stock settings might be confusing to some. In my opinion, the channel up-down and video forward-backward keys show be handled by ‘WASD’ keys (as arrow keys are not included). You can see rest of the binding here:

LaziiTV, as its name hints, is a useful app when you decide to lay back on your couch with some popcorn and diet coke. This app could have been much better if the developer included a button to turn off the random playback. I also wish more keys were included in the controls to make it more customizable. This review prompts me to award LaziiTV 4.5 stars.

Know a similar application? Share it in the comments!