This article covers a simple process to map keyboard to controller for games with no controller support. There are many games (especially online games) that only take input from the keyboard and mouse, and does not support a game controller. In such a case, you can map the keyboard buttons to a controller and then play that game with a controller instead of a keyboard.

AntiMicro is an open-source controller key mapping program. This tiny program can map your keyboard keys and mouse to the controller keys. It has advanced mapping options that also lets you configure axis for analog controller buttons and customize the mouse movements to control all the mouse actions. One the mapping is complete, you can save the configuration file as backup. This program 8 slots where you can save your mapping configurations and easily switch between them. And if you are running Linux on your computer, you can configure this program to control almost any desktop application with a controller.

Map Keyboard to Controller with AntiMicros

To map the keyboard to controller, download the latest AntiMicro program and install it on your computer. A link to the GitHub releases is provided at the end of this article. After installation, connect the controller and open this program. 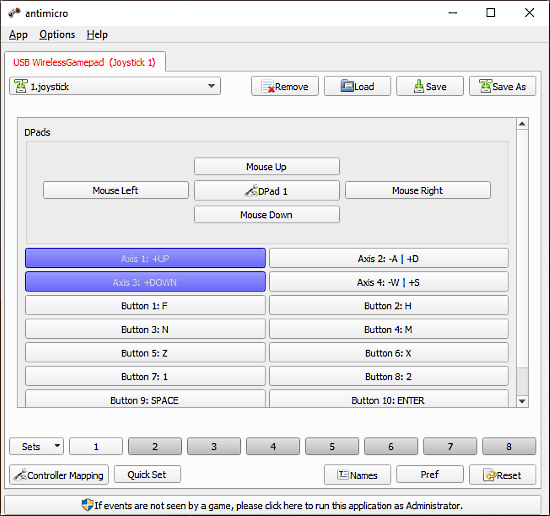 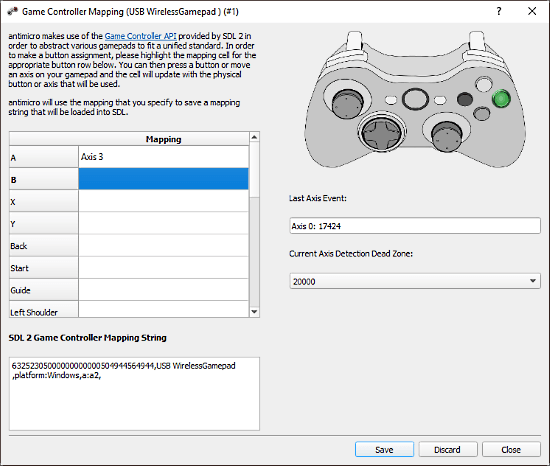 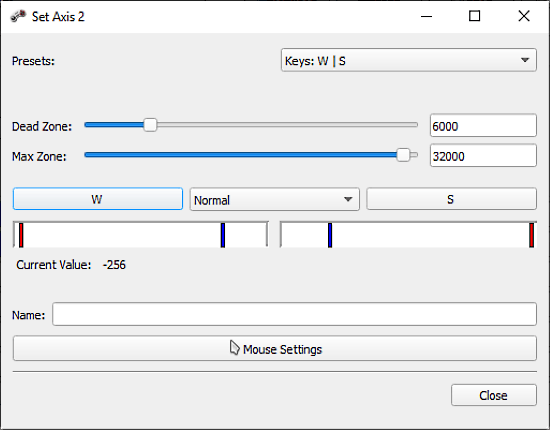 With the axis mapping options, you can map the keys and axis for analog buttons. Simply tap an axis button from the program and it opens a configuration pop-up along with some preset. You can try the presets first, if that doesn’t work out well, you can configure the key yourself.

To do that, simply map the keyboard buttons for each direction and select their behavior of motion. You can also specify the dead zone and max zone, and customize the mouse settings to configure cursor movements and clicks. Similarly, you can map the rest of the axis to the analog buttons.

Mapping east of the keys is comparatively simple and quick. All you have to do is tap the control button from the program and it shows you a keyboard layout. Then, tap the keyboard button from the layout for mapping. You can also, toggle a mouse actions layout and map those actions.

AntiMicro is a handy program to map keyboard buttons to the controller so you can use the controller in games which don’t have support for the controller. Since this program comes with comprehensive mapping and customizations, you can map the controller for not only games but any application on your computer.