In this article, I have compiled a list of 5 free online Manga maker. I am quite sure all Manga lovers will like this list as these online Manga makers allow you to create cool and intense characters. You can choose from a number of different types of eyes, jaw lines, mouth, glasses, clothes, hairstyles, and other facial characteristics to design a manga character online and save it as a picture on your PC. Some of the online manga makers on my list let you design both male and female characters and others just support designing of male characters.

In case, you want to read manga comics and download them to your PC then you should take a look at these manga downloader software. 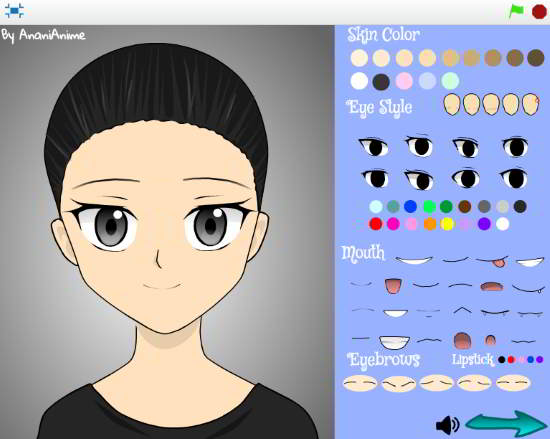 Visit the link provided above and then wait for the project to load. Once loaded, you can customize the manga character shown on its interface, as shown above. There is a panel on the left from which you can choose from different eyes, hair styles, clothes, background, and lots of similar stuff. You just need to click on any element in the panel and it will be applied to the manga character. Finally, when you think you have customized the manga character as per your preferences, take its screenshot to save it on your PC. 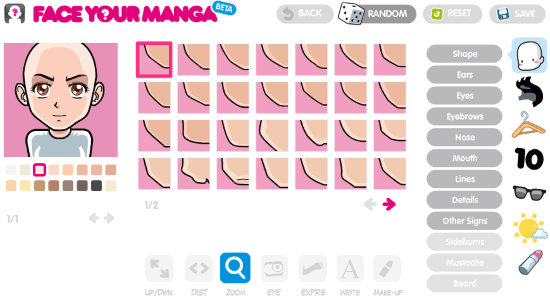 FaceYourManga is another online manga maker to design anime characters. What makes it more useful from the previous manga maker on my list is that it lets you save the designed manga character as an image. Apart from that, it works in a similar manner, i.e., you have to customize the anime character on the screen. You can choose from a number of different facial accessories like hair styles, glasses, clothes, masks, jawlines, etc. to make a manga character of your imagination. In addition to that, you can also apply different tattoo and apply makeup to eyes, mouth, etc. to make an intense or comic character. Visit the link above to access its manga character editing interface. After that, you just have to select a category, like shapes, ears, eyes, nose, mouth, etc. from the left panel. Once you have selected a category, various designs related to that category appears in the panel at the center. Select any design and it is automatically applied to the predefined manga character. In the end, when you have designed the manga character, click on the “SAVE” button at the top-left. This will pop up a form in which you need to specify your personal details and email ID. Once you have filled this form, submit it and then check the mailbox of the specified email for the download link. In my case, I received the download link email in my Spam folder. So, you also need to take a look at your spam box if you didn’t receive the email for too long. 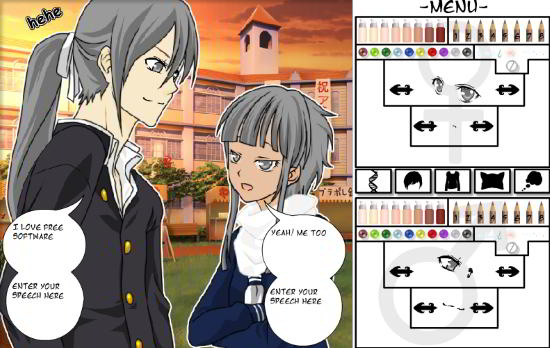 Your Manga Creator is a free online manga game in which you can design manga characters. Basically, in this manga game, there are 2 characters, one boy and a girl, which seem to talk with each other as shown in the screenshot above. You can customize their appearance and add conversation bubbles as in manga comics. However, there is no option to save the image of these customized manga characters. What you can do is personalize them and then take their screenshot to save the manga characters as an image. The link provided above will give you the access to the manga maker game. The game interface is pretty straightforward: on the left, there are two panels to choose a specific type of eye, hair style, etc. The upper panel can be used to change the appearance of the girl character and the lower panel can be used to change the appearance of the boy. Finally, when you have designed both of the manga characters, take a screenshot to save them as an image. 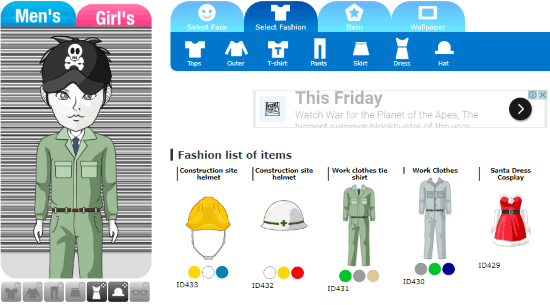 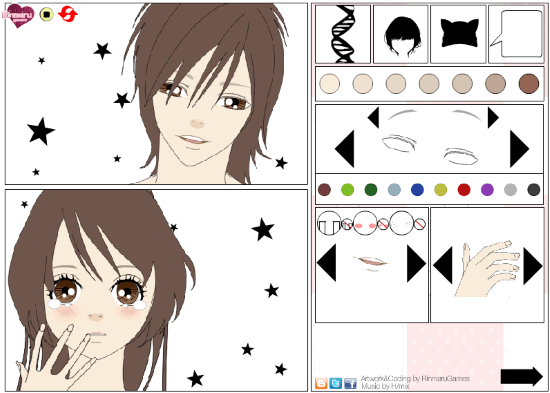 GirlGamese- Manga creator page 1 game is another free online manga maker which can be used to design different types of manga characters. It is also a sort of a manga game in which you can customize the appearance of 2 manga characters at once, as shown in the screenshot above. Visit the link provided above to play the manga maker game. On its interface, there is a panel on the left from which you can select different eyes, ears, hairstyles, etc. and apply them to your manga characters. On the right, you can see the two manga characters, as shown above. Do note that you can only customize only one character at a time. So, in order to select a character to customize its appearance, you first have to click on the right arrow button at the bottom- right of the game interface and then select a character to play with. Unfortunately, there is no option to save the designed manga characters as images. The only way to save them is to capture a screenshot.

In this article, I introduced you to 5 free online manga makers. My favorite websites to design manga online from this list are Manga Maker for Scratch, FaceYourManga, and Mangao. I am quite sure you will love all these online manga makers. So, do check all of them out before making a final decision.