Wordalle is a Free Online Game that asks you Guess a Prompt that has been used to generate a series of images that are displayed to you.

It is an amalgamation of two popular games viz. Wordle and Craiyon (formerly known as Dall-e-Mini).

Wordle is the colorful word game that has taken the world by storm. It was developed by Josh Wardle, a New York based software engineer and later purchased by New York Times. Craiyon, formerly called Dalle-e-Mini is an Artificial Intelligence based model that can draw images from any prompt that you type.

Wordalle can generally be considered as combination of the above two popular games. A series of images are displayed on the screen and the aim is to guess the prompt that was used to generate those images. It is like a reversal of the Craiyon algorithm.

To guess the prompt that can comprise of multiple words, you are presented a board with a grid of tiles in which you can type letters using your keyboard or the onscreen keyboard. The number of tiles provided is the same as the number of letters in the mystery word.

After each guess, the tiles will be revealed with color coding that may help you to attempt the next guess and so on till you get the correct prompt. The maximum number of guesses allowed are 7.

The following are the color codes that have been used to provide hints to the player: 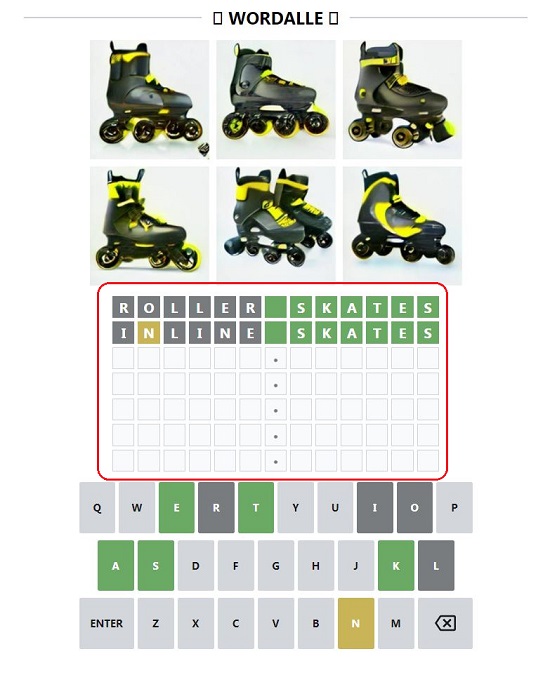 If you are unable to guess the correct prompt in the given number of attempts, the answer is displayed to you and you will be taken to the next game. If you win, then you are allowed to save a screenshot that displays the number of attempts and how you fared during the course of the game. 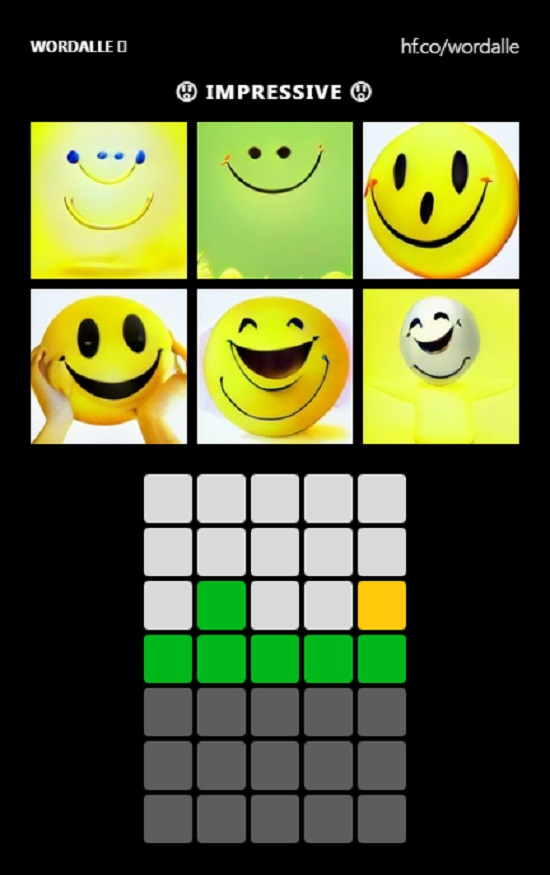 Wordalle, is a very good game that requires great and intelligent guessing skills to get to the correct prompt. It is not as easy as you think but with good amount of practice you may be able to play it effectively. If you have played Craiyon before, it will be of an asset to you.