All these apps offer a decent library of mockup templates covering most of the popular phones all around the world, including iPhone’s. Some of these apps also let you adjust the position of the screenshot in the mockup and you can move the final mockup around to show the partial screenshot. I ranked these apps for best editing features with support for the latest smartphones. Let’s check them out. 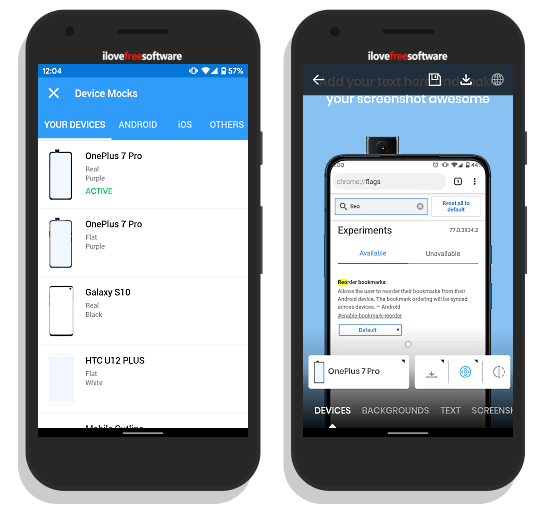 Furthermore, you can add a background color to the mockup including material color and gradient options. It also gives you an option to use a photo as background. You can also add text, choose the desired font from dozens of options, change text size, format, and color. One of the best thing about this screenshot mockup generator app is that you can choose multiple screenshots and create multiple mockups in a single instance. 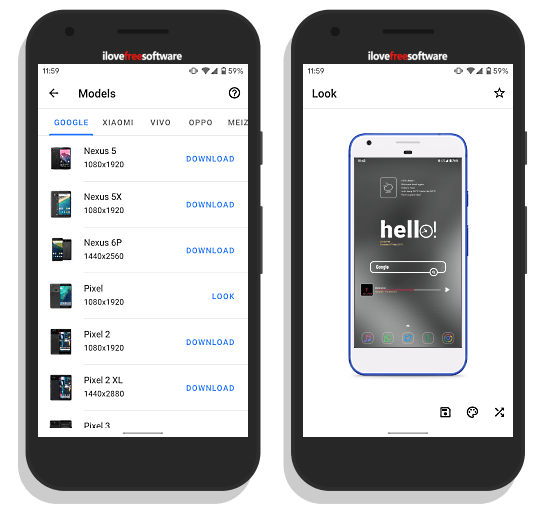 Snapmod is the second best Android mockup generator app I could find on the Play Store. This app has a wide range of smartphone mockup templates categorized by OEMs. It also includes flagship Apple devices along with a few frameless and baseless mockup designs.

The main screen of this app contains the app logo. Tapping on it opens a list of all the devices it supports. From there, you can download the desired templates. Upon download, you can add the screenshot to the template and choose a background color for the mockup. This app has a shuffle button next to the color button. This button cycles through the available color options of the selected device. For example, I downloaded the Google Pixel template which was black in the preview. But later with this shuffle button, I change the device color to the blue. After generating the mockup, you can save it to your phone and favorite the template if you want. This app doesn’t have any option to adjust the screenshot or add text. 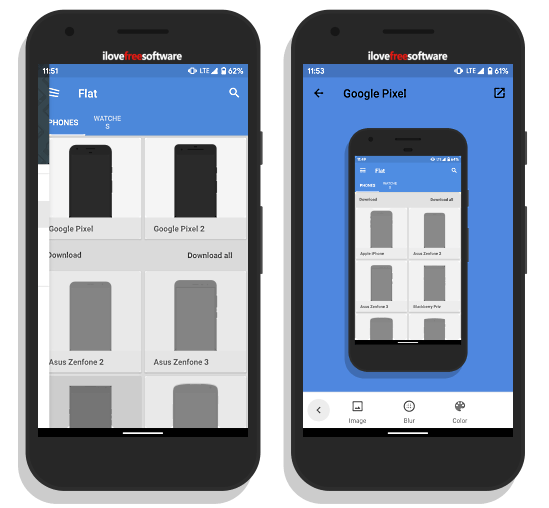 Screener is another free app to generate screenshot mockups on Android. Unlike other apps, this app only packs mockup templates of the popular Android devices along with a few smartwatch templates. It has three different templates for many devices. These variants are:

This app opens with the library of flat templates where you can browse the list and selects a device. From the hamburger menu, you can switch to 3D or Minimal library. When you select a template, it opens in the editor where you can add a screenshot to the design. You can also add glare on the screen along with device shadow. Furthermore, you can add a background image with optional blur or use a solid color instead. Once the mockup is ready, you can save it to your device or share with others. 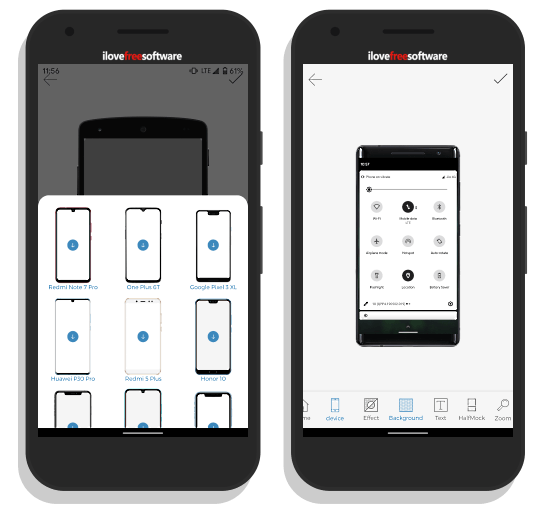 AppWrap is a free screenshot mockup generator app for Android. This app has a library of templates listed on the main screen. You can either use any of those templates or just head to the mockup section to create one yourself. Note that, not all the templates and features are free in this app but it offers more than enough options for screenshot mockups.

The mockup editor here has a set of options listing at the bottom. The first option is to select a mockup device. This app has a nice device template library that includes popular and tending smartphones. Then, there are options to add photo effects, change the background, add text, and adjust mockup position. It also has a zoom option which is handy for showing minor details. 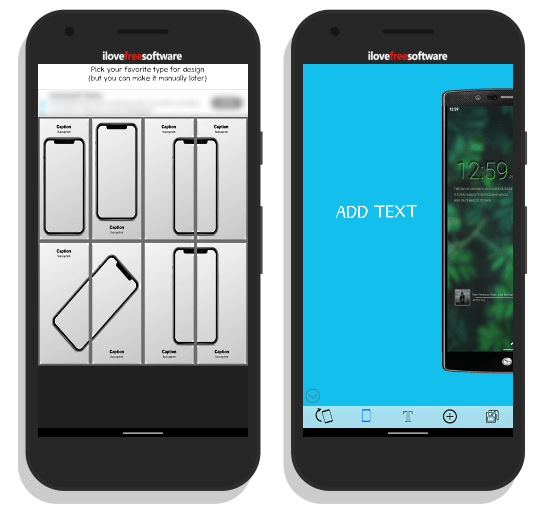 Last, but not the least, App Store is another free Android screenshot mockup generator app. This app has a unique feature to create a layout of screenshots. You might have seen such layout on Play Store where apps show a single screenshot mockup in two photos along with the text.

The main screen of this app gives you 4 different layouts; you can choose the layout of your choice here. When you select a layout, it takes you to the editor where it shows both photos. There are five options in the editor. The first option is to switch between the photos and the second option is to select a device template. This app has a sort of outdated templates library covering devices like LG V30, Samsung S7, and so on. The third option is to add text to the photo and with forth option, you can add the screenshot to the mockup. Once all good, you can save the mockup with the fifth option.

These are the 5 free apps to generate beautiful screenshot mockups right on your phone. This way, you can easily make stunning screenshots for app listing, tutorial, or any other purposes. Give them all a try and let us know which one you like the most.