To override the screen orientation of any app in Android, go the Play Store, search, and install the Rotation – Orientation Manager app. A link to this app is provided at the end of this article. 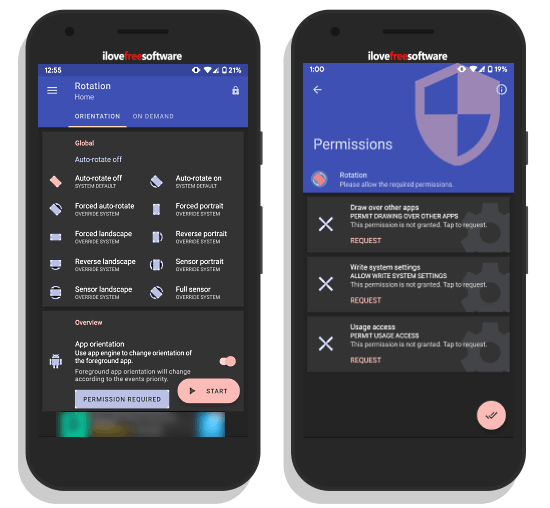 When you open this app, it takes you to the Home section. This section shows you various orientation options to override the default global system orientation. In order to do so, this app requires three permissions. So, go to the ON DEMAND section from the Home section and tap the permissions. Then, allow this app all those permission. Once done, you can set any of the following orientations and it will be applied to the whole OS including all the apps:

Note: To make this work, you have to click the Start button present at the bottom right corner of this app. This adds a notification in the drawer in order to keep the service running. 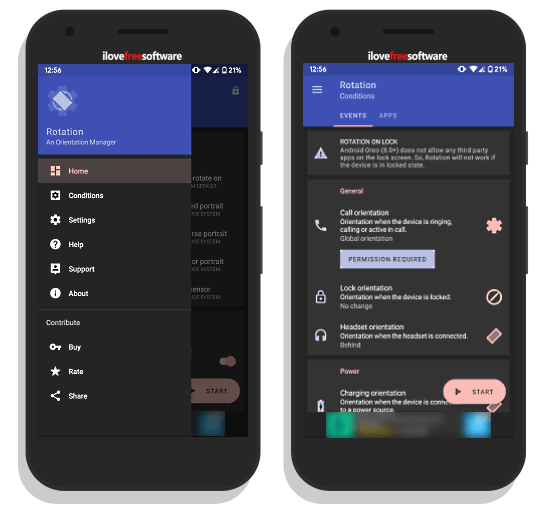 From the Events subsection, you can set the orientation for various events, such as

And, from the Apps subsection, you set the default orientation for each app. 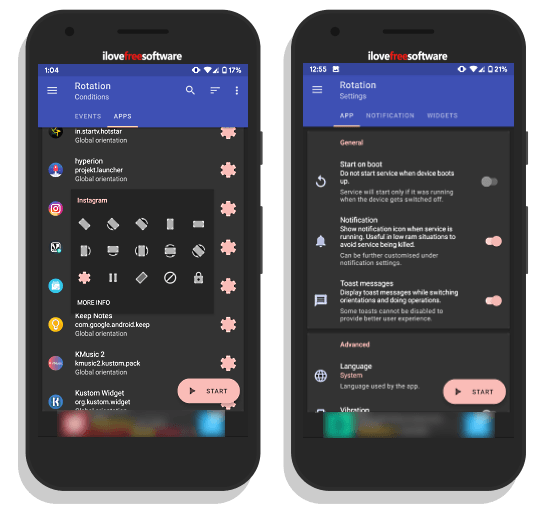 This section lists all your apps which you can sort either by categories (System/User) or by names. From here, when you tap on any app, it asks you to select the default orientation for that app. Here, you can set the desired orientation for any app.

To make this work automatically even after a reboot, give this app permission to auto start on boot from the app settings.

This is how you can override the default screen orientation of any app on your Android phone. This way, you can enjoy your favorites apps in the desired orientation without toggling the system orientation. Upon set up, do remember to start the service in order to make it work.