Smooz is Slack integration service that enables multiple Slack teams to chat at one place. It is very easy to install and equally easy to use. All you have to do is authorize the Smooz Service to be integrated with Slack. And voilà, you can do Slack chat with any other team that is also on Slack.

This Slack integration service also lets you transfer files between multiple Slack teams. This is achieved by the Smooz bot which reads the messages and files from one team and sends them to the others. One Smooz bot manages all the teams that you have added on slack.

This service also ensures security as it doesn’t store the files and messages you share among the teams. Smooz only shares the data shared in the dedicated channel. If you accidentally share another Channel with Smooz then Smooz will not read it.

To Slack chat with another Slack team, go to Smooz’s website and integrate it with Slack. You will be provided with a link. Send the link to the other team. They will be also required to integrate it. After that, you will find two channels in your Slack: One dedicated to the other team, and other one would be the Smooz bot. 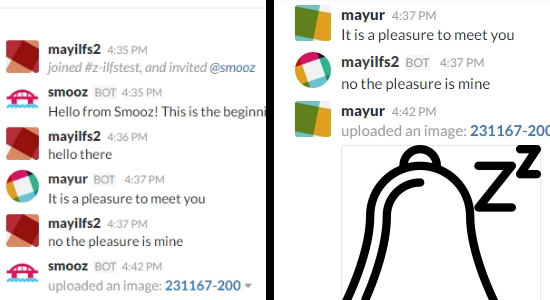 Sharing files is really easy with other teams now. Just drag and drop the files in the dedicated team chat channel. The file will be however shown to be uploaded by Smooz. This is because it is the Smooz bot that reads and shares the data between the multiple teams. 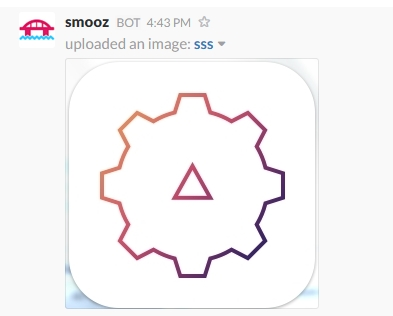 There are not many such Slack integrated services that don’t save your data. Smooz reads the team data but doesn’t store it. Also if you share the team dedicated channel in other channels, then the contents wont be visible to the other teams.

I would say that Smooz is really easy to integrate and use. There are no extra features with it which can be seen as a drawback to some. But for me, the simple it is, the better. This service was direly needed as it is not desirable and convenient to add a representative guest of one team to the other. Smooz solves this problem. It can be used by small teams as well as big companies. I definitely give this service 5/5.

Do you use any similar service to connect different Slack teams. Do let me know in comments below.