These modes of Modern Standby are dictated by user configuration or by hardware. A system in Modern Standy (S0) is capable of the following scenarios:

How does it work? 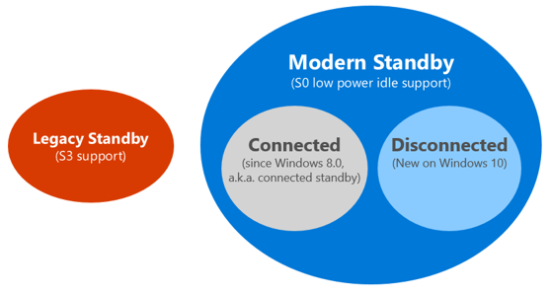 The Modern Standy is made possible with the S0 power mode in the modern hardware. S0 power mode is a newer iteration of S3 power mode used for legacy standby. S0 power mode put the system in a low power idle state while keeping some background services running such as networking, disk services, etc.

When you put a system into Modern Standby mode, the OS prepares the hardware as well as software for a low-power state. During this mode, Windows stays in an idle state and goes to an active state for a short span of time to perform kernel maintenance tasks. The same happens in case of networking as well. If there is incoming traffic (incoming email, text, etc.), the networking hardware goes in an active state otherwise it stays in an idle state. Also, when the system receives an input, it almost instantly comes online and restores all the idle state to active.

Check if your Windows PC Compatibility with Modern Standby

To check if your Windows PC compatibility with Modern Standby, open Command Prompt with Administrator privileges and execute the following command: 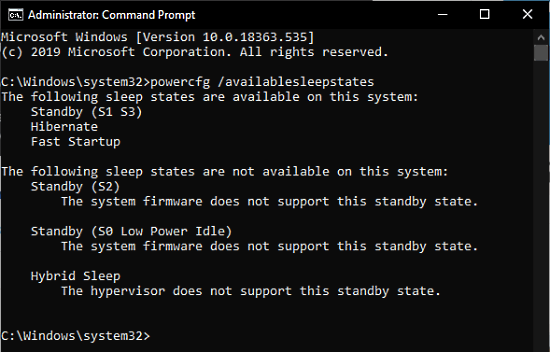 This command shows the available sleep states on your Windows PC. As you can see in the screenshot attached above, my PC supports the S1 and S3 sleep states and lacks the S2 and S0 state. Lack of support for S0 sleep mode means my PC is not compatible with Modern Standby mode.

Modern Standby is a newer iteration of sleep mode that can run services in the background in low power state. It allows you to save battery while not working and yet won’t let you miss an email. If your PC is compatible with Modern Standby (with S0 sleep state), it’s activated by default and you can configure it from Power and Sleep Settings or BIOS.