This article explains how to share screen using Facebook Messenger. Facebook is constantly adding new features to its Messenger app to keep the user hooked. They introduced dark mode to the app and added features such as stickers, secret conversation, and payment to the app this year. And now a screen sharing feature is being testing that allows users to share their screen with others while video calling.

Also read: How to Read Deleted Messages of Facebook Messenger?

This new screen sharing feature allows you to share your screen via video calling. You can use it to share your screen with your Facebook contact or group. Simply start a video call with whom you want to share the screen. Once the person picks up the call, you get a new option at the bottom of the screen next to the button to add more contact. It replaces the capture screenshot option on the calling interface. 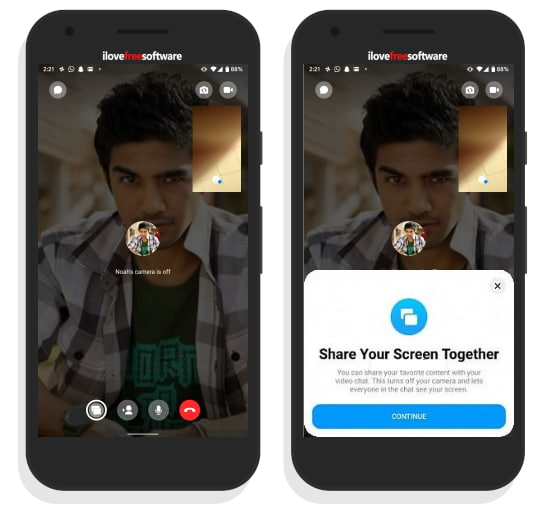 When you tap this option, it shows you an info screen and asks you for permission to record the screen. Like all the other screen recording app, it also uses the Android MediaProjection API for that. 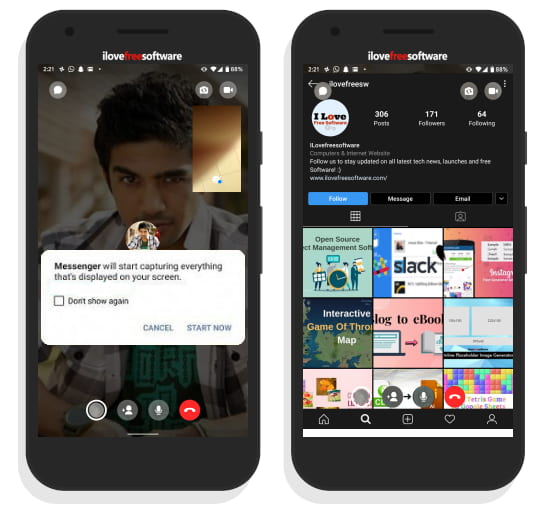 When you grant permission, it turns off your camera and takes you back to the home screen. Now the other people on the call are seeing your screen instead of the camera feed. So, you can proceed with your work and share your screen with them.

This new screen sharing feature is a decent add-on to the Facebook Messenger app. It has a good application for individuals as well as teams to quickly share the screen with others. The feature is currently rolling out to the beta version of the app and hopefully added to the stable app later in 2020.