Here is a list of 10 Free Morse Code Generator Websites. These websites let you generate Morse Code from regular text. 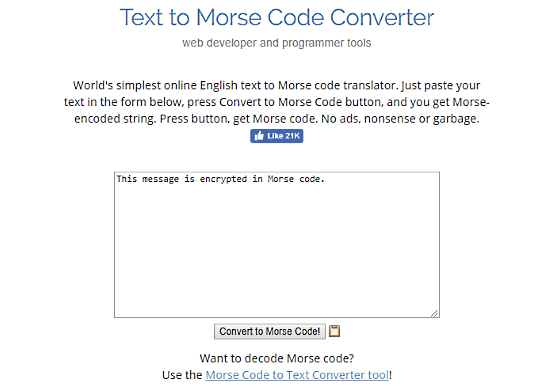 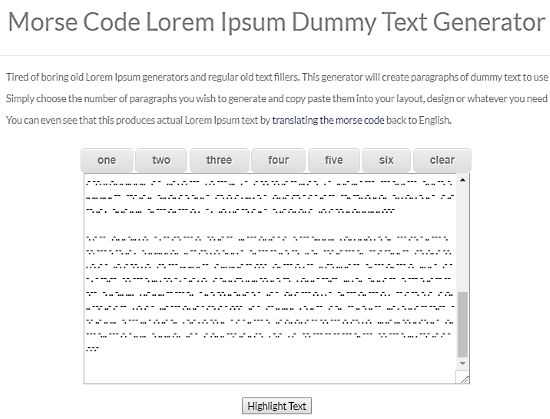 Random-ize is a dummy text generator which generates paragraphs of text in Morse Code. This is not a Morse Code translator, instead, it is designed for generating random strings of Morse Code that you can use for testing purposes (to test and improve Morse Code Translators). Here, you can generate up to 6 paragraphs of random Morse Code with just a single click. You can generate as many paragraphs as you want. It also has a ‘Highlight‘ button for quickly selecting the text, which you can paste in the text box to generate repetitive Morse Code paragraphs. 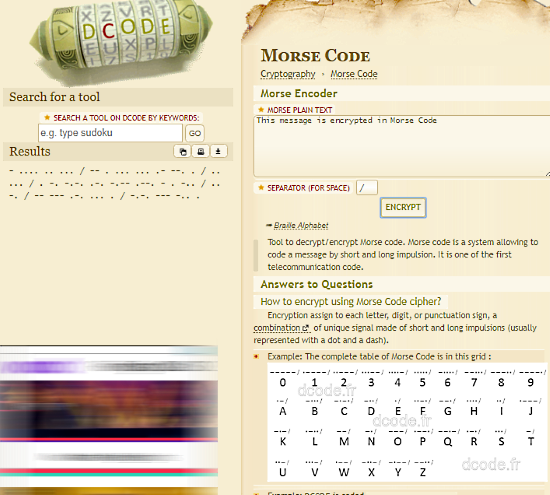 Dcode has various online tools for encrypting/decoding text messages and solving puzzle games. It has a Morse Code Generator to translate plain English text to Morse Code. It uses ‘.‘ for short and ‘–‘ for long, and gives you an option to select a separator of your choice. When you encrypt text to Morse Code here, you get options to copy and print the results. You can also download the converted Morse Code as a TXT file. 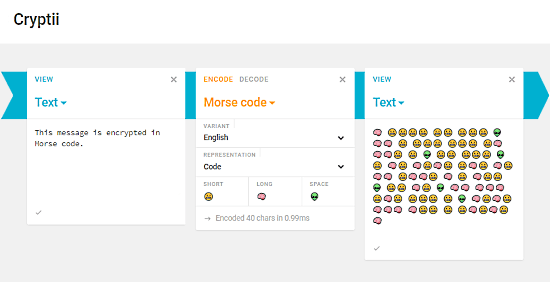 Cryptii is an online text encryption/decryption tool with support for various major encryption methods. You can not only generate Morse Code here, but also customize its values. Cryptii offers two representation of Morse Code, Code (which uses short, long and space) and Timing (which uses signal on and signal off). You can use any character or even emoticon to represent these values and convert your English text to Morse Code in cool looking emoji form.

Give this Morse Code Generator a try here. 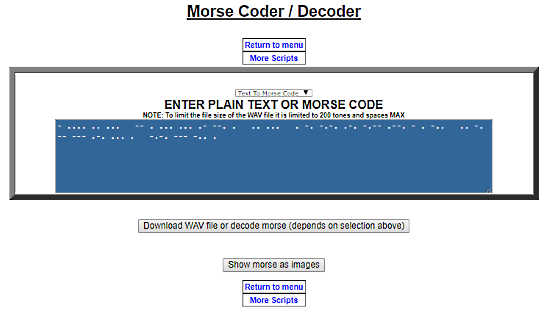 Webnet77 has a simple Morse Coder/Decoder tool to translate plain text to Morse Code. It also generates Morse Code in the form of sound. Simply type or paste your text into the box and click Encode button. This will replace your regular text in the box with the equivalent Morse Code. After that, it gives you an option to download a WAV file which represents the Morse Code in short and long sounds. You can also download Morse encoded plain text as an image here. This Morse Coder/Decoder tool has a limit of 200 characters per conversion. 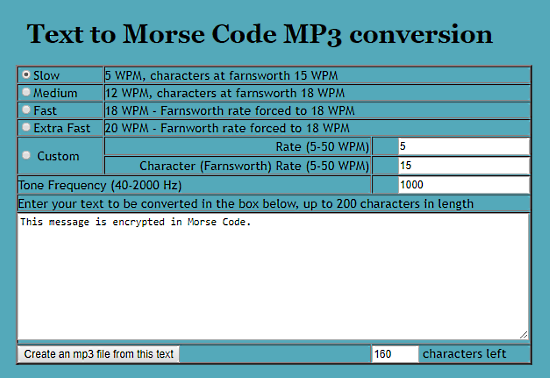 Morse Resource offers various Morse Code related tools which you can use for free. Here, you can generate Morse Code MP3 file from a plain text. To do so, paste your plain text in the text box, select a profile for the Morse Code MP3 and it will generate the MP3 file for you. It has a limit of 200 characters per conversion. This converter uses Farnsworth Method for encoding Morse Code to audio. 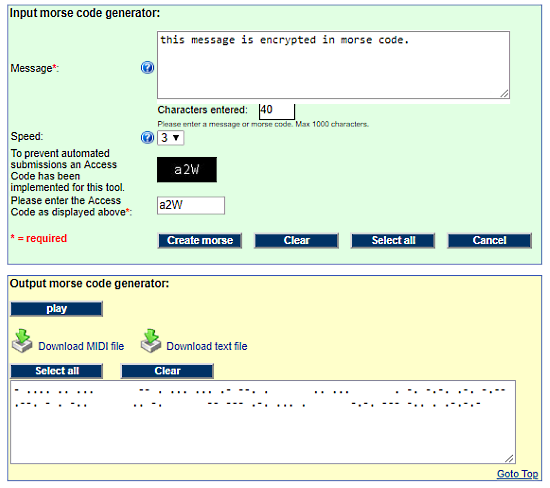 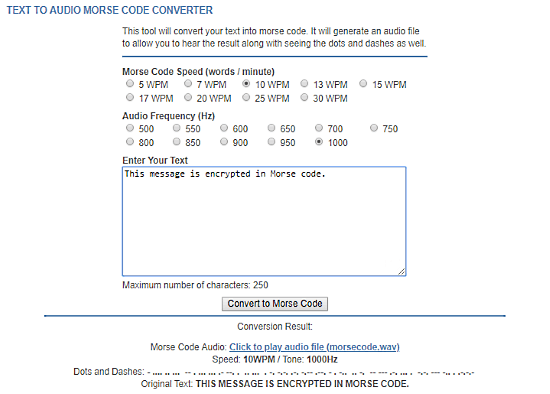 This Morse Code Generator has a 250 characters limit. It also shows you the text form (dot-dash) of generated Morse Code. 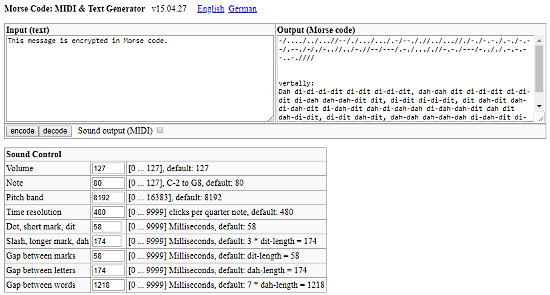 Here, you can tweak the audio output as per your need by adjusting the following parameters: 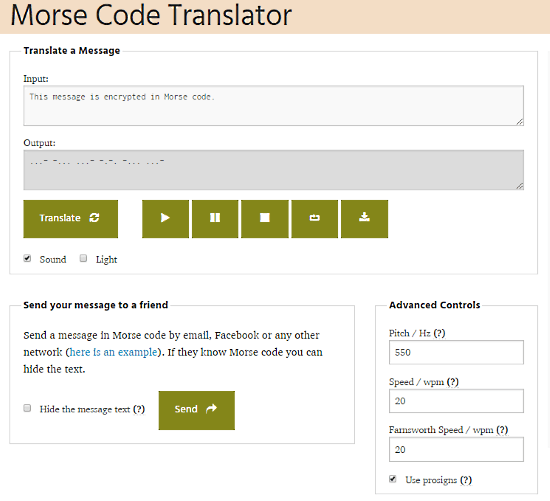 Morse Code Translator can generate Morse Code in all three forms, text, sound and light. Just enter your plain text in the input box, mark the checkboxes for Sound and Light, and click ‘Translate‘.

You can try this Morse Code Generator here.

All these Morse code generator websites are easy to use. You can use any of these to generate Morse code in the dot-dash or customized Morse Code audio form.