Android phones come with many system apps added by the OEMs and Android system itself. The Android system apps are essential for the operating system but the OEM-added apps are not. For example, if you have an Android device with Google Services, you might have Google Play Music installed on your phone as a system app but it’s not useful anymore as you might be using online music streaming app. Or if you have a Samsung device, it has many system apps from Samsung that not many users find useful. All such apps also appear in the launcher where they got accidentally clicked every once in a while.

One way to deal with such apps is to disable them. This removes their icons from the launcher and the app could no longer run in the background. Some apps can be disabled from the Apps Settings but not all. In this article, I will cover a simple method to disable any pre-installed system app on Android without root.

Also read: How To Block Built-In Android Apps Without Root

Disable Any System App on Android without Root

The method I’m going to explain here uses ADB (Android Debug Bridge) to disable any pre-installed system app. So, before going any further, you have to install ADB on your PC. If you are unaware of ADB, follow this tutorial to install ADB on Windows, macOS, and Linux.

Once you have ADB set up on your PC and phone, connect your Android phone with original/certified data cable and run the following command:

This command list the connected device showing the serial number. This means your device is connected and ready to execute ADB commands. 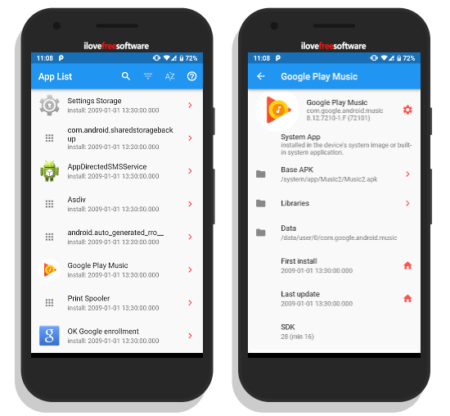 After that, you need the app package name to disable it using ADB. To do that, install APP Inspector from the Play Store on your phone. This app lists all the apps (system & user) installed on your device. Tap on the app that you want to disable and get its package name.

Once you have the package name, simply execute the following command to disable that app:

For example, I choose to disable the Google Play Music app that is a system app and came pre-installed. I get the package name of this app from the APP Inspector app and executed the following command on Windows:

Executing this command with a package name disables that app on your phone. This way, you can disable any pre-installed system app on your Android phone.

Disabling unwanted apps is good as they could no longer run in the background. While disabling an app, make sure it’s not important for the phone and/or you have an alternative installed already. Some system apps might have permission to auto-enable (e.g. system launcher, etc.); those apps cannot be disabled by any mean, at least not without root. As this command disables the app for the current user only so it won’t mess up the OTA updates.