Impossible Escape 3D is a Windows 8 Jump Game. In this game, you have to help the robot to jump from hanger to hanger, and through various other things like wheels. The robot is also under the effect of gravity. So, if you fail to jump at the right time, your game will be over. The game uses awesome 3D effects and great sound effects. The game has 50 levels to play.

The game will provide you with an increasing level of difficulty as you advance through the levels. The controls are pretty much easy.

Impossible Escape 3D is freely available in the Games category of the Windows store. 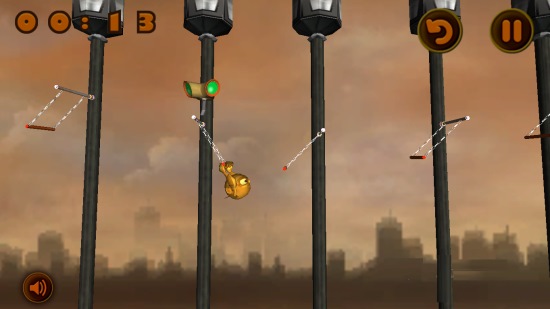 On the main landing page of the app, the option to start the game will appear. 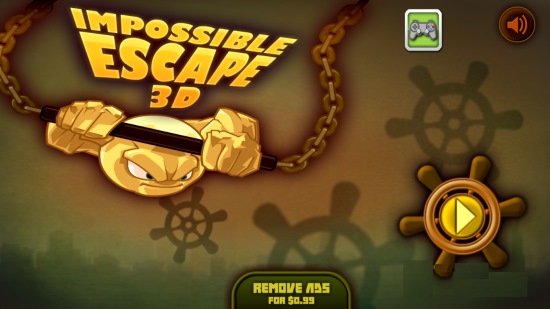 As you click on the start button, the level selecting screen will be shown to you. Now, in this game, two packs are available to you, with 25 levels included in each pack. When you play for the first time, only pack 1 will be enabled for you. You can start from there. If you are able to reach a certain specified score, you can unlock the second pack also. Both the packs have different themes, and they both are quite catchy.

One of the best thing about the game is that for any of the pack which you choose to play, you have the option to play any of the 25 levels available. Just drag the screen where all the levels are shown (not on the level buttons) to the left side, and you would be able to choose any of the levels that are present there.

In the game, you would be awarded stars according to how you perform. That is based on the amount of time you are taking to jump your way to the end of the level.

As you choose to play a particular level, firstly you would be shown the number of GPs you would be awarded for the time you have taken. These GPs are different for different levels.

These GPs have their own significance:

The significance of these Flagpoints is that if you are able to pass through any Flagpoint in the game, and after that if your game ends, then the next time the game starts, it will continue from the nearest Flagpoint it has covered.

In the game, a robot will be shown to you. You just have to help the robot get to the other side safely by jumping from one hanger to another. Initial levels would be having simple hangers. As the game progress, more complex ones would be added, thereby increasing the difficulty level. Hangers would be static, rotating, swinging, and even moving up and down. 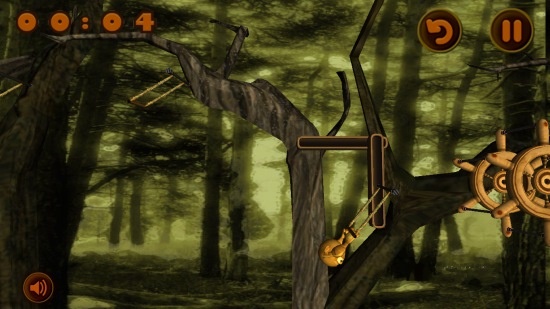 The controls of the game are quite easy. You just have to left click to make the robot jump. Be sure that your jump is rightly calculated, or the robot’s game would end.

The 3D effects used in the game are quite nice. To enjoy them fully, be sure about playing all the levels from both the packs available to you.

According to my experience with the game, I liked it very much. The game has easy controls. Its gradually increasing difficulty will ensure that you spend long hours playing it. Try it for sure.