Viewshape is a free 3D model editor for Windows with which you can view and edit 3D files. The application is really small, lightweight, and prompt in function. Moreover, Viewshape has a really simple interface with essential tools to make small corrections. This free 3D model editor currently supports 3D models of STL, OBJ, WRL and PLY formats. On Viewshape you can load a surface list of all the 3D objects that are added. Textures and light can also be toggled to get a better perspective of the loaded 3D object. Moreover, render mode and shading mode can be changed to analyze the surface of the 3D object better.

Viewshape has NVidia 3DVision Pro stereoscopic rendering support, because of which you can use stereo-ready monitors and projectors. This provides a better view of the Objects that you load in Viewshape. The most important feature of this small free 3D model editor is that it can perfectly handle objects with big data sets. 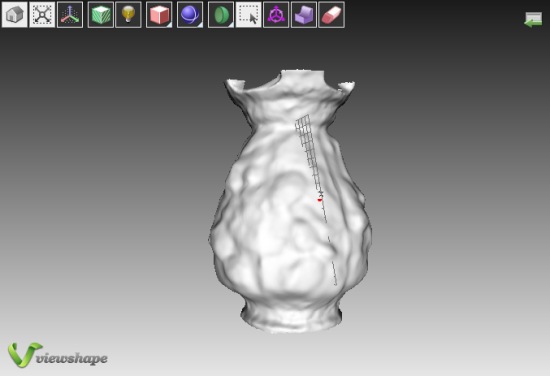 How to Use Viewshape to View 3D Objects

To start using Viewshape you need to have a 3D object file. As mentioned above, Viewshape supports STL, OBJ, WRL and PLY formats. Click File>Open to load a 3D object. The 3D object will appear with a 3 dimensional grid going through it. You can look around the object by holding and dragging it with your mouse. Multiple objects can be added on the same interface, which can be toggled on and off from the Surface list. You can access the surface list from the top right of the interface. 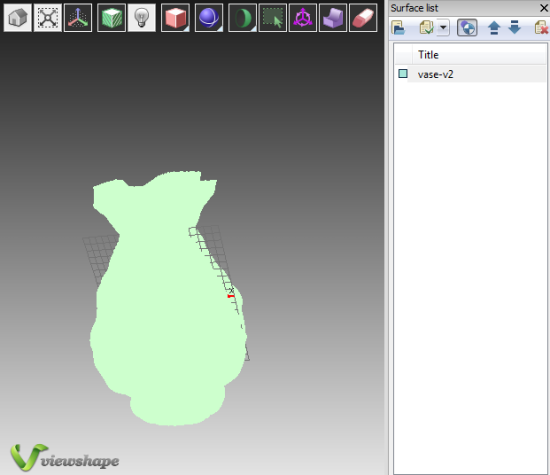 I wanted to look at the 3D object with the lights out. So I clicked on the ‘bulb’ button on the toolbar at the top. Similarly texture can be toggled on and off using the ‘textured cube’ button. 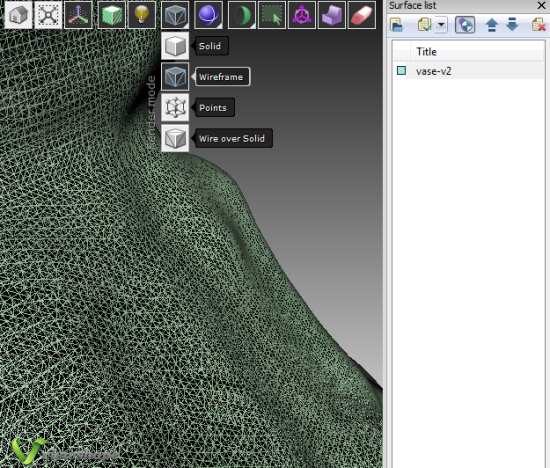 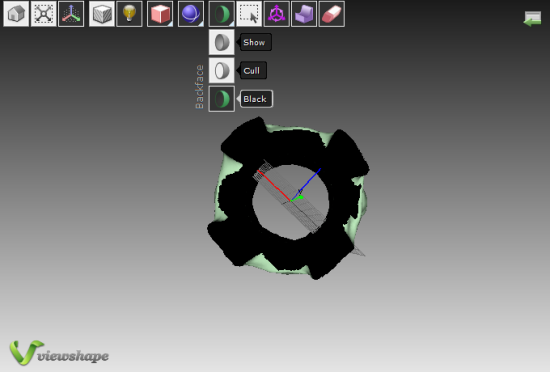 If the object is not hollow then the backface option is of no use. Backface basically renders the insides of a 3D object to be completely visible or culled. By default the insides are rendered black.

How to Edit a 3D object using Viewshape 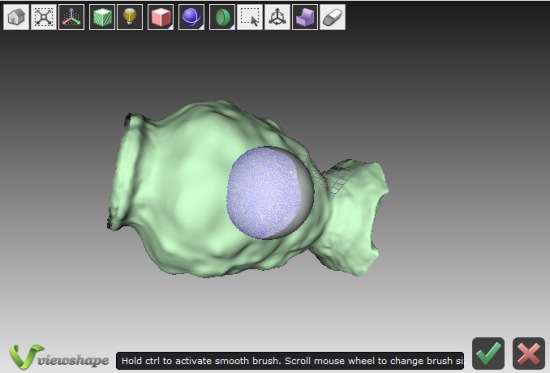 There are 3 ways one can edit a 3D object on viewshape. These are: changing/scaling/rotating the object, smoothening the surface, and erasing the surface. These can be used to make minor differences in irregularities of the 3D object.  The surface smoothner is really useful since models with mistakes on the surface are common. To use it, hold Ctrl on the keyboard and rub the smoothening tool over the object. You can also use it to change projection of a model.

The thing that attracted me the most about Viewshape is its speed. Unlike other free 3D model editors, Viewshape managed to load complex objects in a shorter time. The setup file of Viewshape was less than 15 MB and I am sure the developers can develop it to be portable. Taking its ease of use, speed and light-weightedness into account, I award Viewshape with 5 stars.