Here you can use it for collecting responses from different people, just like you use Google Forms. It will save the form responses directly in the Notion workspace, and you just have to create and connect a database. Apart from embedding forms on the website, you can also get a unique link to it. You can send forms as links to anybody on any channel and get responses in real-time.

The forms that you create here are editable, and you can also clone them in any way you want. You can create unlimited format and share them with anyone. For advanced features and removing branding, you can always subscribe to the paid plan. 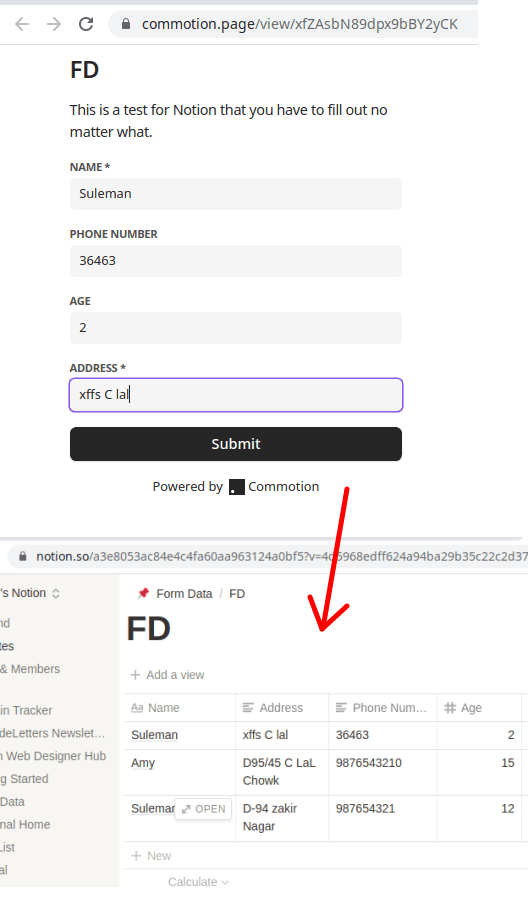 Free Unlimited Form Builder to Save Responses to Notion Workspaces

You just have to register a free account on the main Commotion website. After that, you can just start creating your first form. Bur first, you have to create a dataset to store form responses in your Notion account.

So, just log in to your Notion account and then simply create a new inline database on any page. Just type the slash(/data) command and then choose it. Create columns names corresponding to the form feilds that you will create later. 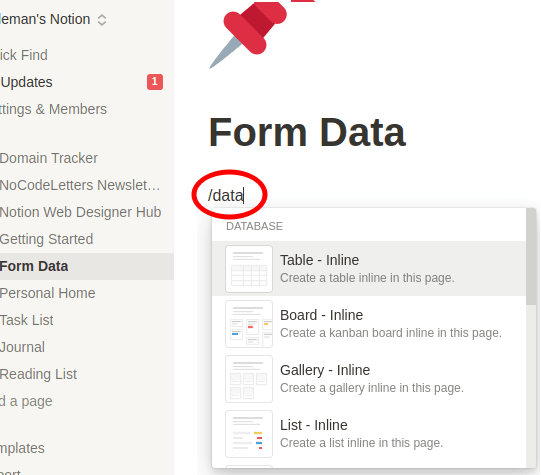 Now, come back to the Commotion website and connect the Notion database that you just created. 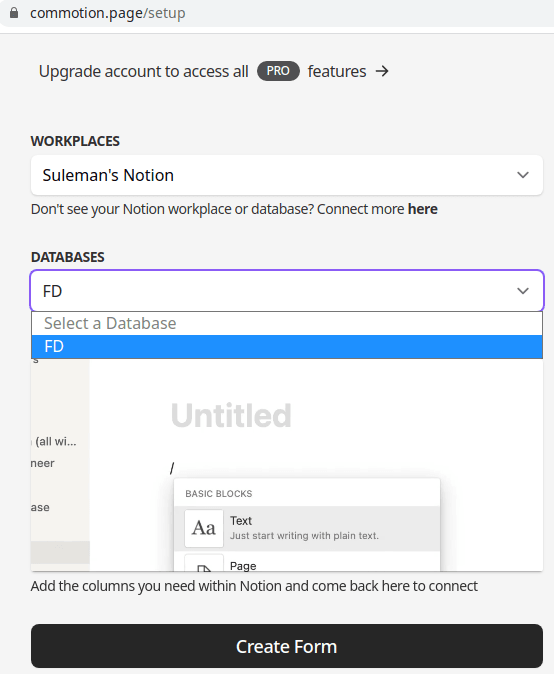 The form builder is simple and will open a dual pane UI. There, you can see the form feilds on the left side with preview of the final form on the right side. You can configure them in any way you want. 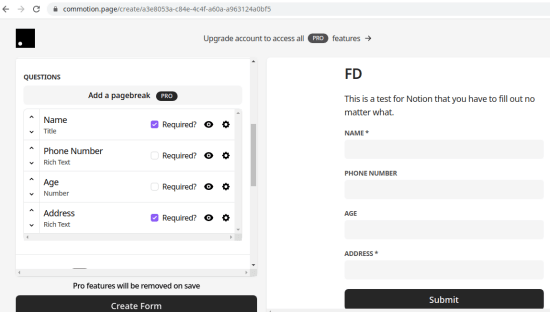 Finally, after you are done with the form, it will generate the form link for you. It will also give you an embed link that you can add to your website with ease. You can see that below.

You will receive all the responses directly in Notion, and then from there you are free to do whatever you want. 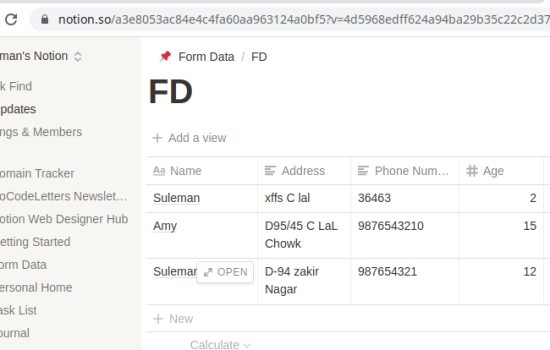 In the same way, you can create other forms and then share them with others or simply embed them. Collect unlimited responses right in Notion. Also, you can always go back to the Commotion dashboard and edit the forms that you created earlier.

There are many forms builders but wit Notion on the rise, it is nice to have one which can send form data directly to Notion. Just try the form builder I have mentioned here and then you are all good to go. The best part is that you get to create unlimited forms and recived unlimited responses.