In this article, I’m covering a simple method to record Android screen with cam bubble. Android devices come with a native screen recorder, but, in most cases, that feature is limited to recording screen only with or without audio. Loom is a free Android app that lets you record yourself along with recording the screen.

How to Record Android Screen with Cam Bubble?

Loom for Android is a free app that you can install from the Play Store. To use the app, you have to create a Loom account if you don’t have one already. There is a free and paid Loom plan. The free plan limits the screen recording to up to 5 minutes which you can extend with the paid plan. 5 minutes of screen recording is decent enough for app walkthrough, intro, demo, tutorials, etc. 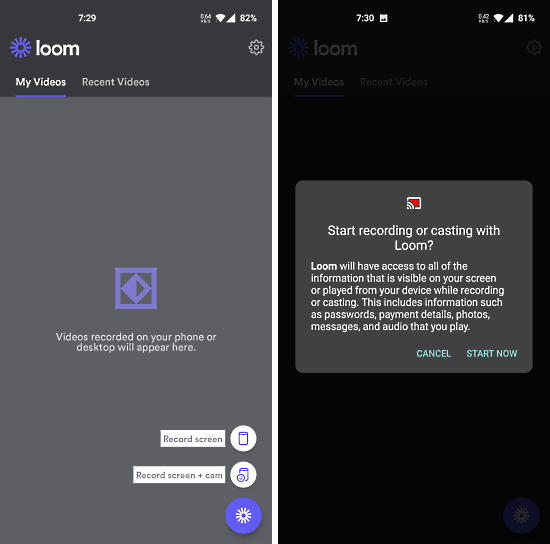 The homepage of the app after login shows all the videos you have recorded with the app. There is a Loom icon at the bottom right corner of the screen. Tapping on that reveals two recording options: 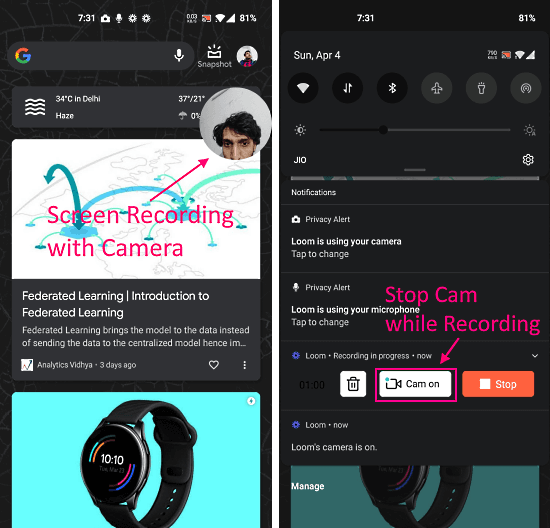 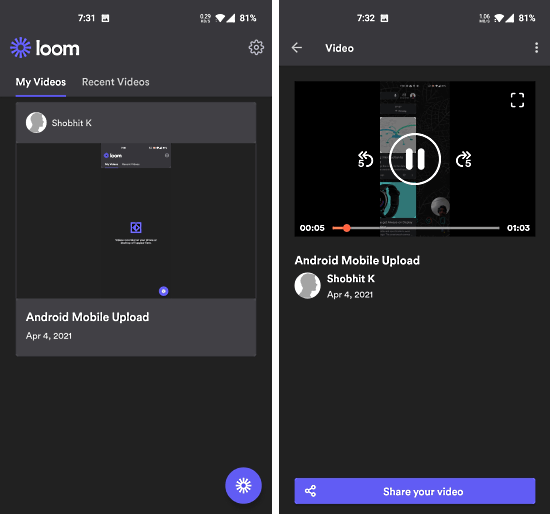 The screen recording appears under the “My Videos” section in the Loom app. It also appears in the web application when you log into your Loom account on a computer. From the app, you can play the video, delete it, and get a link to share it online.

This is how you can record the Android screen with a cam bubble. It is a handy way to record app walkthrough, demo, tutorials, or other screen recordings for documentations, sharing, troubleshooting, etc. With a live cam feed right inside the recording, you can explain every aspect of the recording as you go; no later voice-over or scripting.