After years of anticipations, Google has finally released an alternative to AirDrop on Android. Apple has a leap over Android devices thanks to its connected devices ecosystem. AIrDrop is one of the main highlights of that which allows you to easily share links, photos, and other types of files between Apple devices.

Google has been working on bringing a similar feature to Android for years. It is called Nearby Share. This feature is teased in the beta and now it has been publically released. With Nearby Share, you can easily share links and files between supported devices. It uses Bluetooth Low Energy (BLE) to find nearby devices and transfer data via Bluetooth, mobile data, or WiFi hotspot.

Nearby Share is currently available on Pixel and Samsung devices running Android 6.0 and above. It will be a built-in feature in Android 11 and roll out to other OEMs as well. Apart from the Android devices, Nearby Share will also be added to Google Chome which means you can use it share files between PC and phones as well. 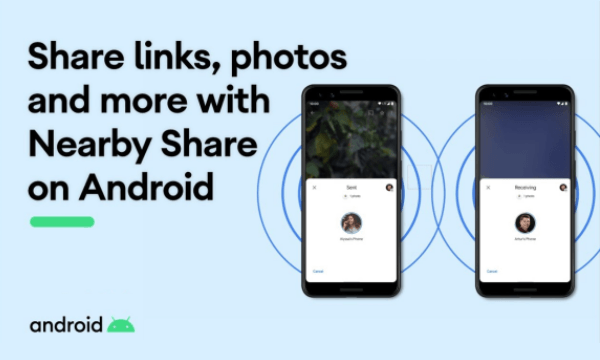 Also read: How to Use Google Assistant to Read Aloud Webpages in 42 languages?

To use Nearby Share, first, you have to know whether it is available on your device or not. If you have a Google Pixel or Samsung device running Android then you might have got this feature with system services updates via Play Store. To make sure, simply choose the share option on any file or link on your device. You can try sharing a photo from the Gallery to Google Photos app. Then look for Nearby Share under the available share options. 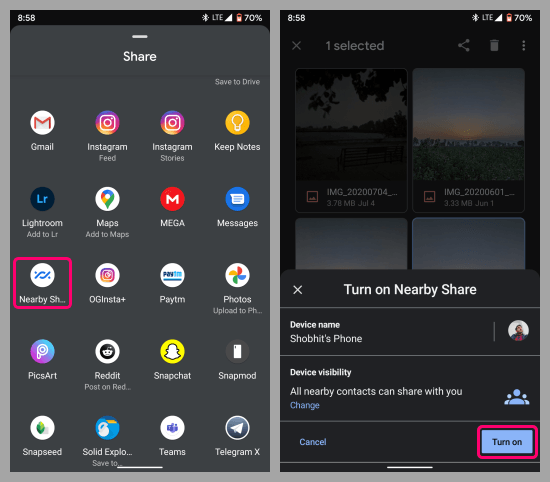 If the Nearby Share appears in your share options, simply tap on it. On the next screen, it asks you to Turn on Nearby Share on your device. Click the “Turn on” to enable the feature. 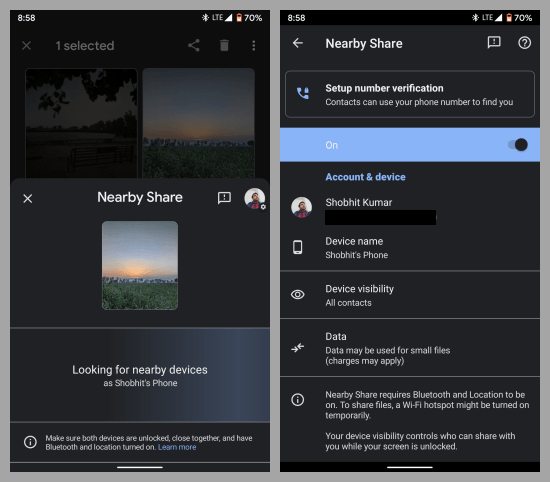 Once enabled, it starts looking for other devices with Nearby Share. If there is a device nearby, it shows that on the screen. You can simply tap on that device name to share the file.

Now, there are a few options in Nearby Share that you can customize as per your needs. To access that, click your profile icon from the Nearby Share screen. This opens the Nearby Share settings where you can configure various options and set up number verification so that your contacts can use your phone number to find you. Along with that, you can also change device name, device visibility, and data usage. 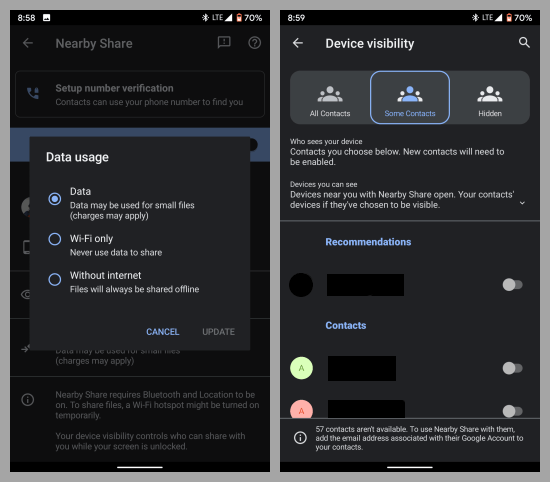 In Device Visibility, you can make your device visible or hidden to all contact. Apart from that, you can manually pick the contacts who can see your device. In the Data usage, you can pick the default mode of data transfer. By default, it is set to mobile data but you can change it to WiFI only or Without internet mode that used hotspot similar to other file sharing apps like ShareIt, Zender, etc.

Nearby Share offers hassle-free data transfer between supported devices. It does not require any set up every time you have to share something, you can just pick Nearby Share, tap on the available device and that’s it. Nearby Share already made it’s way to Chrome flags on Windows but the interface is not working yet. Once it’s available, it would finally be a true alternative to AirDrop.