In a magic square, the sum of each row, each column, and at least two diagonals is always equal. This sum is known as the magic sum.

Enter the magic sum and these websites will generate magic square for that sum. Each Magic Square Generator has something different than others. Let’s discuss them one by one and see what they have to offer. 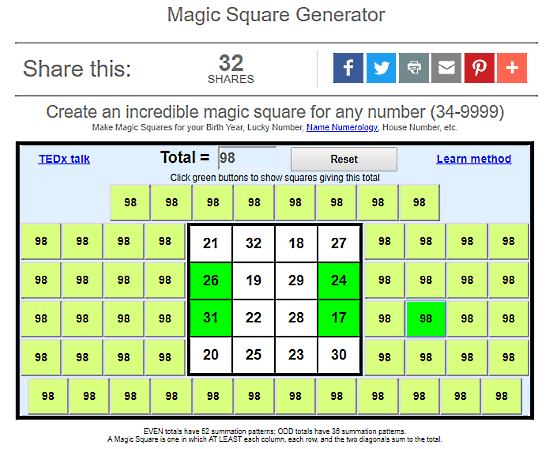 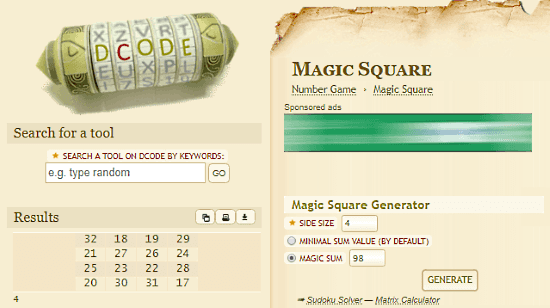 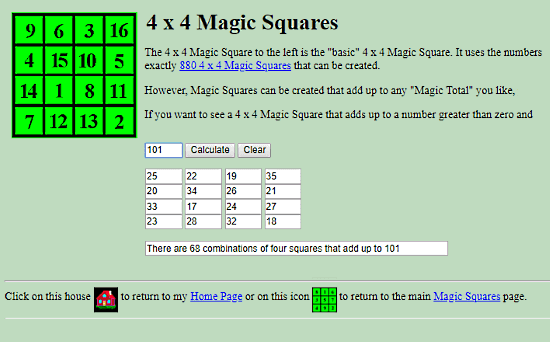 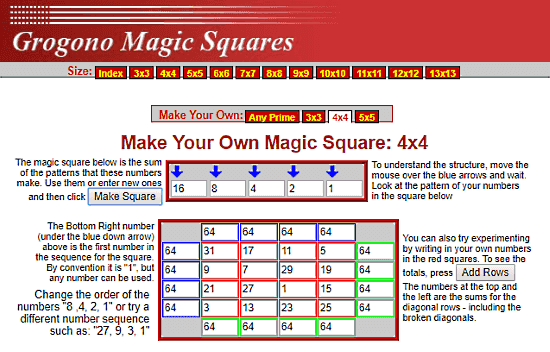 You can also experiment by entering your own numbers in the square and it will calculate the sum for the square. Depending on your numbers, it would or would not be a magic square. 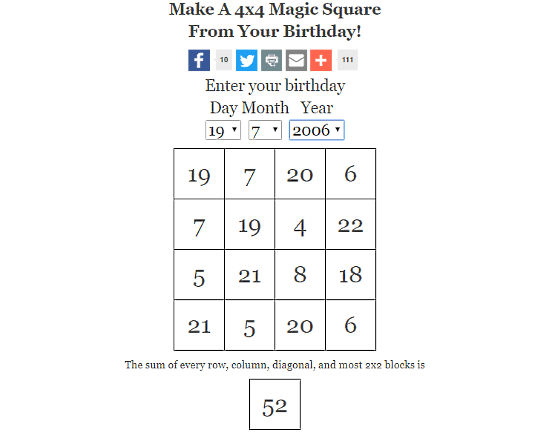 MindYourDecisions.com has an online Magic Square Generator that generates a 4×4 magic square based on your birth date. Give it your birth date or any date (day, month & year) as input and it will generate a 4×4 magic square for you. It also shows you the magic sum of the square. To make this possible, it uses both positive as well as negative integer values in the square.

All these Magic Square Generator websites are pretty simple to use. You can easily generate magic square using any of them.