Seymour is a free image viewer and editor for Windows which also includes a similar image finder. It is quite a simple image viewer that comes with additional useful options such as image editing, and allows you perform bulk operations on images, like bulk rename images, bulk convert images, etc. The best part of this free image viewer and editor is that you can also use it to find similar images on PC and perform a Google image search of an image. It can even find similar images between different file formats. It also allows you to perform other basic operations like copying or moving images to a folder.  It comes with a simple interface from where you can browse between different folders and view images. 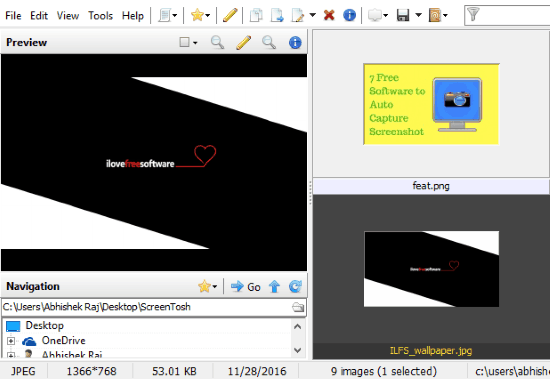 If I talk about its image editor then it is not something like Paint.net or other advanced image editors available out there. You can perform simple image editing operations like crop, resize, adjust RGB values, mirror image horizontally and vertically, etc. I will tell you more about it a little later in this article.

Getting started with this free image viewer is really easy as it comes with a simple interface from which you can browse images on your PC with ease. You will see a navigation pane on its main interface from where you can open a folder right within its interface and view all images. It also displays a preview of images. You can also create categories and then assign the created category to images for better grouping of images. As I mentioned above, you can also perform some bulk operations on images using its scripts functions like bulk rename images, bulk convert images, etc. The best part is that you can also search for a visually identical images on your PC or even online using it.

Step 1: Open images in its interface by selecting an image folder through its navigation pane. After that, right-click on the image of which you want to find similar images and select Find similar images option. 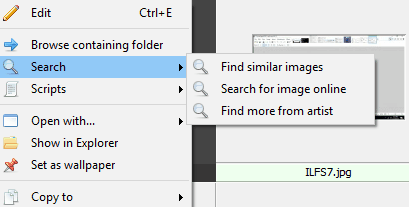 Step 2: After that, it will search within its database and return all of the similar images, as shown in the screenshot included below. 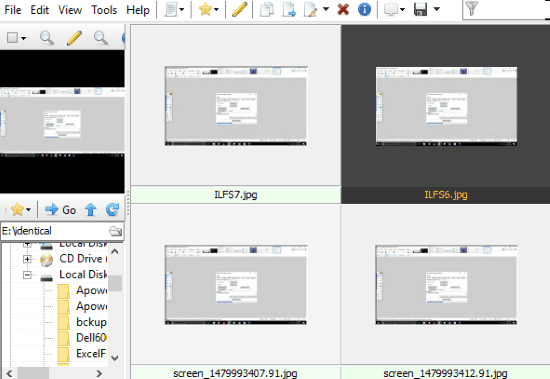 Step 1: Open images in Seymour by opening up an image folder through its navigation pane. After you have selected an image folder, it will display all images in that folder in its main interface, as shown in the screenshot included below. 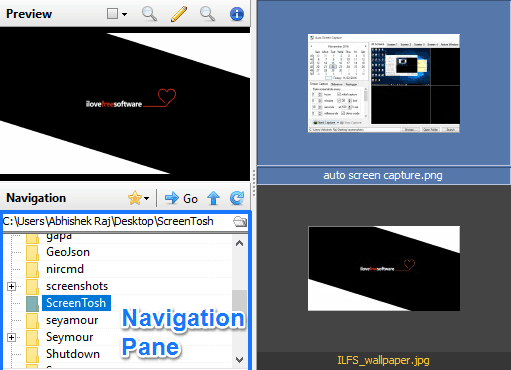 Step 2: Now, select images that you want to convert and right-click on any image, and select a Convert format from its context menu. It allows you to bulk convert images to JPEG, BMP, and PNG format. 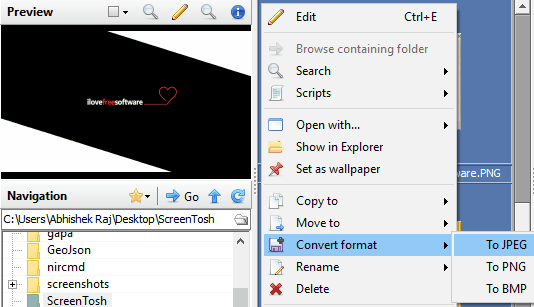 After you have selected a file format, it will then automatically convert the selected images and save them in the same folder.

It also allows you to bulk rename images by changing cases of images file name. In bulk renaming images, it also gives you the option to search for a particular text in image file names and replace it with a custom text. To bulk rename images, select images to bulk rename and right-click on any of them. After that, select Rename>>Case Conversion>>Convert to lower case/upper case.

How to edit images using this free image viewer & editor:

To edit an image using Seymour, right-click on an image and select Edit option. It will then open up the image in tits editing interface, as shown in the screenshot included below. 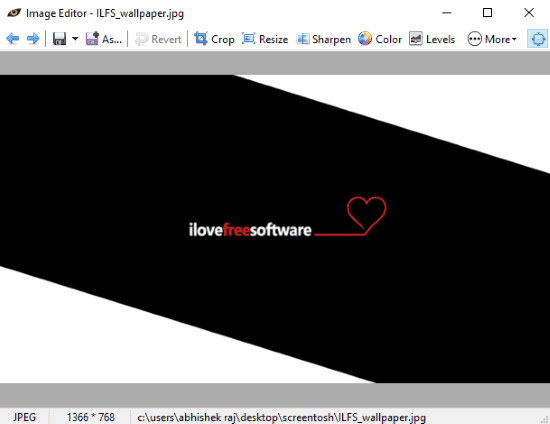 From its editing window, you can perform following operations on images:

Seymour is a free image viewer and editor for Windows with similar image finder. It is quite a useful freeware that allows you to view local images on your PC in a very fast and efficient manner. If you are a coder then you can create your own scripts to extends its functionality. I will definitely recommend it to you as it is quite a simple image viewer that offers other useful options like image editing, search for visually similar images, and the best part it is available for free.