Sega Genesis is a 16-bit game console initially released in Japan in 1988. It was the third game console by the company and also known as Mega Drive (MD). In the year 1989 and 1990, it was released in other regions of the world and distributed by local third-party partners. There were many MD game titles which were very popular among the people like Gunstar Heroes, Phantasy Star IV, Streets of Rage 2, Contra: Hard Corps and many more.

In this article, I will cover 5 free Sega Genesis emulators for Windows. Some of these emulators are available for Linux and MacOS as well. With these emulators, you can play Sega Genesis games on your PC. All you have to do is run the emulator, load the game and that’s all. You can play your favorite games, adjust the controls, and tune other features to make your experience more pleasant.

You can find almost all MD games on the internet which you can run on these emulators. There are many websites where you can download the Sega Genesis game files (i.e., ROMs). Here is the one for the starter. 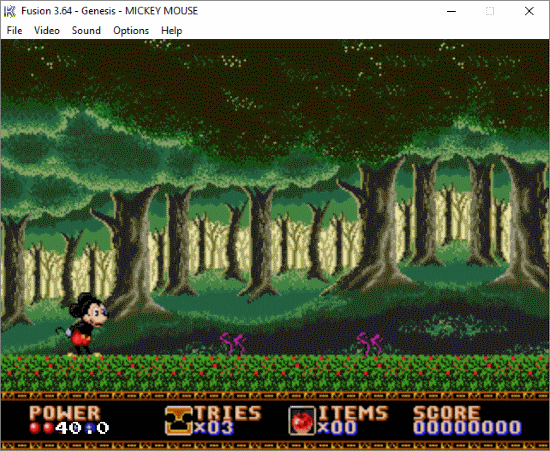 Fusion is a multi-system game emulator that supports many Sega home game consoles and handhelds. With this emulator, you can play Sega Genesis games on your computer. Simply go to the File -> Load Genesis/32X ROM and select an MD game file to play. You can configure this emulator as per your convenience. You can personalize the controllers and adjust the audio-video output settings. It has a “VSync” feature that matches output frame rate with your monitor’s refresh rate to give you a smooth gaming experience.

While playing a game, it lets you save your current game state. You can save a game state directly on your computer’s drive rather than saving it in the emulator. This allows you to save a game state permanently which you can load anytime and continue your game from there. This Sega Genesis emulator also supports NetPlay which allows you to create or join a local server and play games with others on your network. 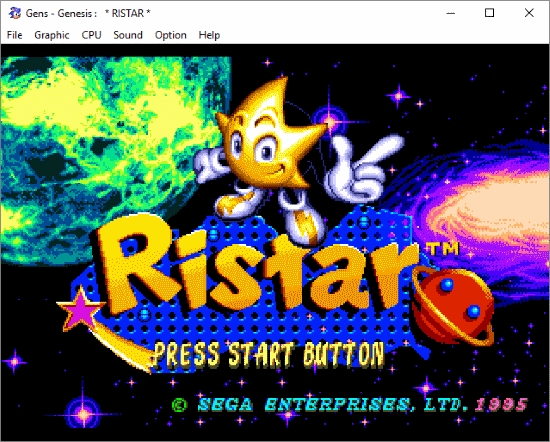 Gens is a free Sega Genesis emulator for Windows. It is a very small emulator bundled in a ~574 KB ZIP file. Despite its size, it packs many useful features. It has the VSync feature for smooth gameplay along with a built-in option to take screenshots. It has 10 slots where you can quickly save your gameplay and load back whenever you need. You can also save a game state to your computer and save your game progress permanently. From the Settings, you can enable other features like FPS counter, message, etc. You can color code these features’ output and save the configuration as a backup.

Apart from that, there is a “Game Genie” feature which allows you to load patches and run scripts in the games. It also supports NetPlay which allows you to play games not only locally but globally. You can find online global servers and where you can play and chat with other players. You can also add a new game on a server and invite other people to join. Gens is a decent Sega Genesis emulator that is worth a try. 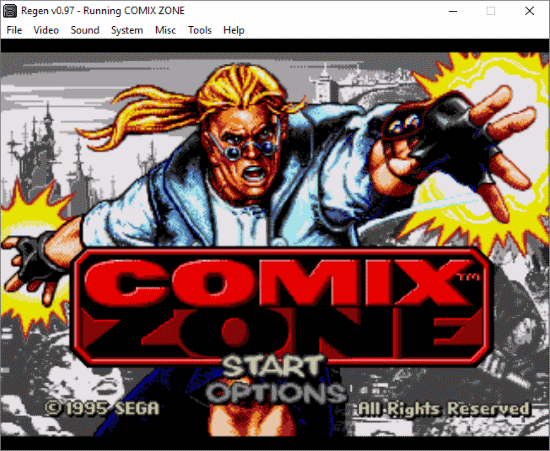 Regan is a multi-system emulator that packs lots of features in a very small package (~704 KB). It has advanced video output controls where you can adjust the video resolution, aspect, and scaling along with other rendering options. You get 10 slots to quickly save your game states and export any game state to your computer for saving it permanently.

One of the main highlights of this emulator is recording which let’s you record your gameplay while playing. Apart from gameplay recording, it can also record your inputs. You can record your control inputs for a particular game and export them as an .RRx file to your computer. Later, you can import that file to replay those inputs on that same game. All these video output and record features make it a really great MD emulator. 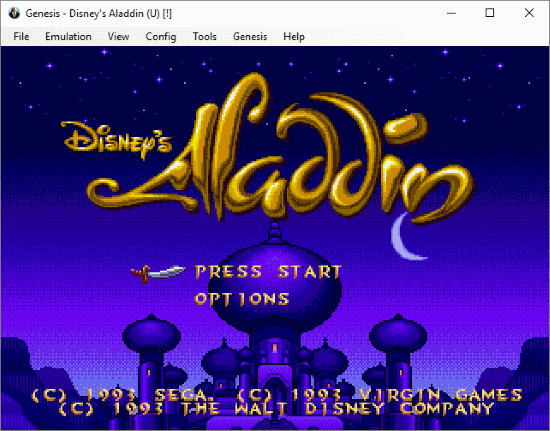 The next Sega Genesis emulator on this list is BizHawk. This is another multi-system emulator that supports Sega Genesis along with other Sega and Nintendo systems. As compared to others, it is significantly large in size, ~34 MB. That large size brings more features for the users. Apart from the usual game emulator features, there are two main highlights of this emulator. The first highlight is about the audio-video output and rendering. This emulator supports various graphics and audio libraries. You can switch these libraries as per your needs and improve your overall gaming experience.

The second highlight of this MD emulator is game automation. In this emulator, you can create an autofire pattern which automates the fire key in a particular game. It also has a Macro Tool which records your inputs while you’re making a movie of your gameplay. This way, you can create macros for various games and automate the gameplay. 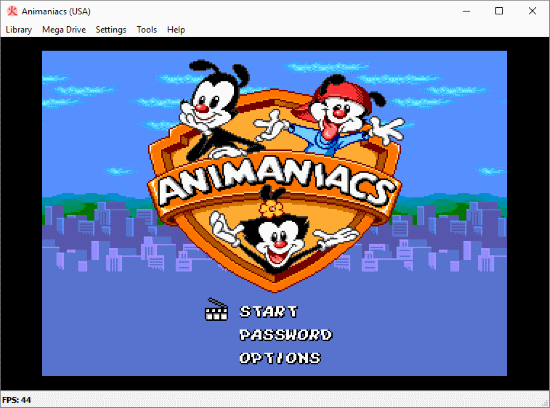 Higan is also a multi-system emulator that supports various Sega as well as Nintendo systems. You can easily run any Sega or Nintendo game in this emulator. It gives you 5 slots to quickly save your game states from where you can move them to state manager and export to your computer. It has cheat editor where you can save cheat codes for your games. This emulator supports many advanced features including options to switch graphics and audio libraries for the output, video shades and more.

Another feature that I like about this emulator is its library setup. It lets you create a game library for the various system where you can load the games for each system and configure them accordingly. With this game library feature, you can easily access all your games and play them with your personalized settings.

All these Sega Genesis emulators are efficient and easy to use. You can use any of them to play Sega Genesis games on your PC. Selecting one totally depends on the types of features you are looking for. If you simply want to play MD games, you can go with Fusion or Gens. And, if you are looking for advanced features, you should try the rest.