Collapse: The End of Society Simulator is a free online pandemic simulator game you can play to see how much time and casualties it takes for the world to plunge into chaos during a Smallpox Plague. It is a promotional game released for Tom Clancy’s The Division.

The most awesome feature about this game is that it is based on real life data. You play as a Patient Zero who has been infected from a new evolved breed of Smallpox virus. The game takes you through various places and stages where you have to make decisions. These decisions will determine the consequences of spread of the pandemic at the end of the simulation. The simulation is done on the world map with real places and their population density. 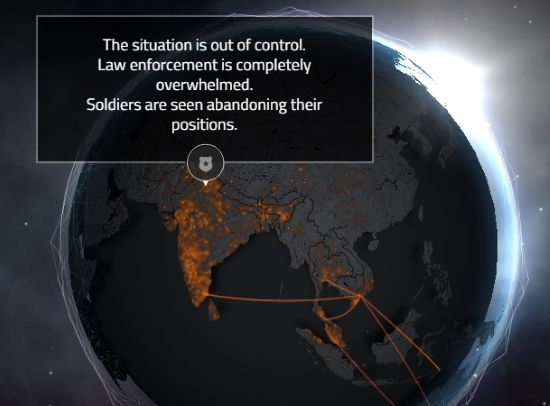 So let’s wait no further and watch the world burn! If watching the world plunge into darkness isn’t your thing, then you can try out this free transportation simulation game.

How to Play Collapse: The End of Society

You’ll start off this online free pandemic simulator game by entering a real world address as a starting point. For fun you can enter your own address, or you can experiment with places around the world. The game will throw various decisions at you where you have to choose places in the real world for the given event to take place. 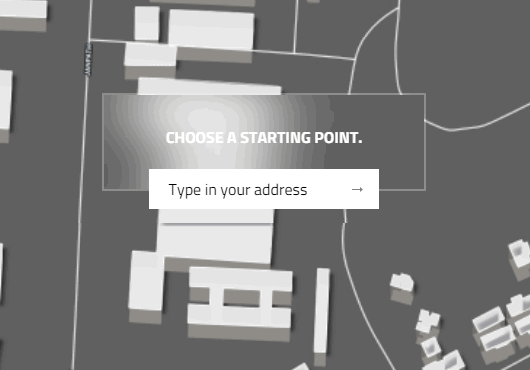 I started off Collapse with my real address. The game simulated that I had to go to a hospital. In this event I could choose the real life hospital where I wanted to go. I will infect people as I travel and at places I stop. The game will give you knowledgeable facts during the events too. The map will show you all the nearby locations being infected. 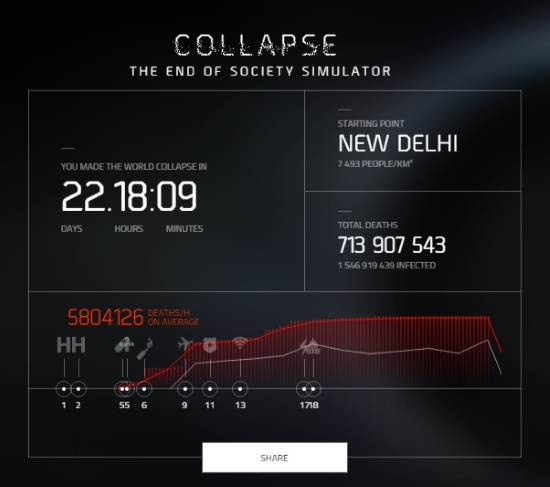 This online free pandemic simulator game will follow with more location based choices which will shape up the ending. The resulting score will be that of the total casualties, the total time you survived and average deaths per hour. It will also show you a timeline graph of events and casualties.  You can share the score on both Twitter and Facebook.

How to Make the World Survive Longer and Cause Less Deaths

There are no straight objectives for the game since it’s a simulation, but you can compete with your friends to have the least deaths and the highest number of days survived. To get that kind of score, make sure that you choose the locations at each stage close to your previous location in the game.

I enjoyed this game a lot. The fact that it is based on real world data, locations and possible events adds more excitement when you see the world getting infected. However, I think that the game mechanics are not very realistic since it showed commutation from one country to another distant one in very less time. Even though it’s a small promotional game, it would have been more awesome if they added random spawning events that effect the simulation. I give this game 5 stars.

Do play the game and throw in a feedback in the comments!