This article talks about a free open source alternative to Skribble.io. Skrribl.io is a multiplayer online drawing game where one player has to draw a given shape and the rest has to guess. There are multiple rounds of guessing and the one with maximum correct guesses gets the highest score and win the game.

Scribble.rs is just that but open source. There is a hosted instance of the game that you can run right away and play with others. Alternatively, you can get the source code from GitHub and host it yourself if you want. Let’s check out the hosted instance and see how this game compares to Skrribl.io 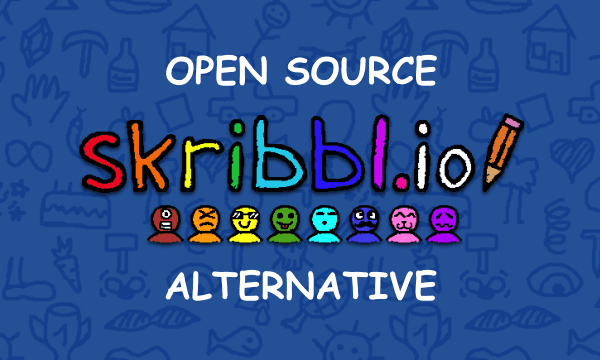 Also read: Free AI Game to Guess What You Draw on Screen

When you open the game, it opens at the lobby page. It shows the active lobbies in the same along with options to create or join a lobby. Unlike Skribbl.io, it gives you more control over the lobby. You can set the lobby language, define drawing time for each round, set the total number of rounds, set maximum players allowed in the lobby, make the lobby public/private, and more. 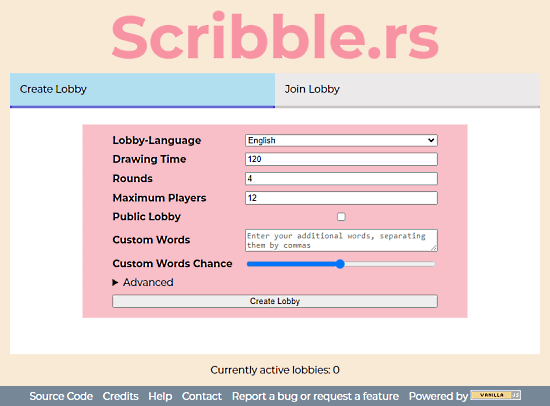 When you create the lobby and the game starts, it’s exactly the same as Skribbl.io. You get a drawing canvas in the center with drawing tools and colors at the bottom. On the left side, you get to see the active players in the lobby with their current score and who’s drawing. The chatbox is on the right where you guess the shape and communicate with fellow players. 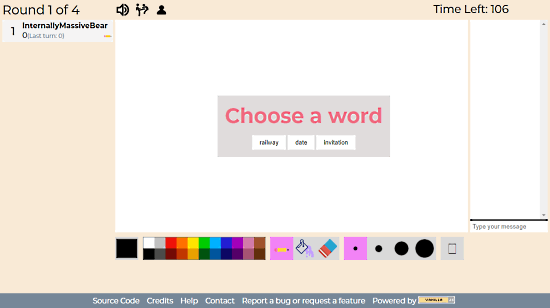 At the top, you get the reaming time and current round along with options to mute, vote kick, and add players. With all that, it’s a nice alternative to consider for Skribbl.io.

If you’re looking for an open-source version of Skribbl.io then this is the game for you. Being open-source, you can host it anywhere you like, and rest assured about data privacy. The lobbies are not as active as on Skrribl.io. I won’t recommend it if you are an individual wanting to spend some time. It’s more or an alternative if you want to host the game yourself.