PUBG (PlayerUnknown’s Battlegrounds) is one of the most popular video game right now. It is an open world shooting game where you have to play against the other online players for survival. PUBG was initially released for PC and later brought to iOS and Android. Being a graphics intense game, it requires medium to high-end specification for smoother gameplay which makes it hard to play on budget laptops and low-end PCs.

Keeping that in mind, EPIC Games is releasing a lite version of PUBG that requires fewer resources and can run on Intel’s integrated graphics. Currently, It’s in the beta phase and available in Thailand only. You can join the beta program and play this game using a VPN. Here is a brief tutorial on how you can install and play PUBG Lite.

Also read: How to Record Game Replays of PUBG, Clash of Clans, etc. on Android

How To Install, Play PUBG Lite on Windows 10?

Before you start installing the PUBG Lite, here is a minimum specification list which is required to play this game

And, if you want a more smoother experience with higher frame rates, here is a list of recommended requirements

If your system is compatible with PUBG Lite then, go ahead to the official website and download the game installer for Windows. It gives you a ~61 MB executable file. 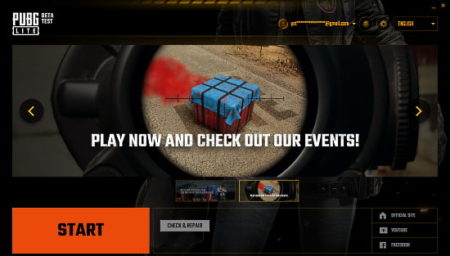 Currently, the PUBG Lite is only available in Thailand so, you need a Thailand-base IP address to be able to download and play this game. For that, you can use a VPN that offers a Thailand-based IP address.

Once you get connected to the VPN, run the executable file and log in with your PUBG account. If you don’t have a PUBG account, you can create one here. After login, it gives you a big yellow download button. With that download button, you can install the PUBG Lite on your Windows 10 computer. The total download size is approximately 1.9 GB. Once installed, you can play the PUBG Lite on your Windows 10 PC.

PUBG Lite is a free and lighter version of PUBG with all its original perks. It requires significantly lesser resources than the original PUBG and could be a good fit for budget PCs.