This article covers a free bulk Reddit downloader to download all images from any subreddit. Reddit is actually kind of “front page of the internet” with trendsetting posts to memes, communities, and lots of other things. With all that, you might have stumble on a situation where you want to or have to download images from subreddits.

Now, you can easily download an image from a subreddit but downloading multiple could cumbersome and that’s where Reddit Image Grabber comes into play. This a basically a Python script that uses Reddit API and allows you to download images from any subreddit in batch. Let’s see how it’s done.

First, visit this link and login to your Reddit account. After login, click “Create a Reddit app” which takes you to a new page where you can create an app and get API token. 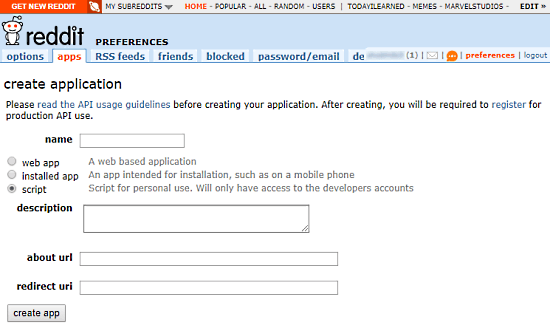 To do that, type a name for the app and select the “script” option. Then add a redirect URI for the app, you can add any web address here. After adding the information, create the app to get the API token. 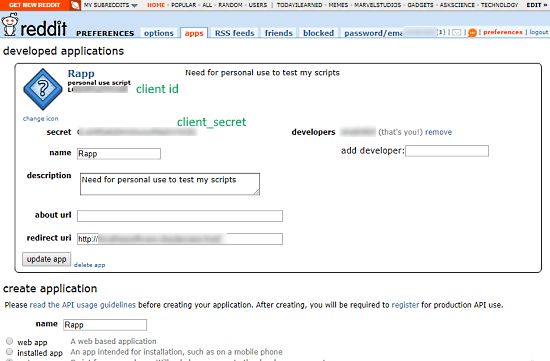 When you create the app, you can a similar page as in the attached screenshot. This page contains the API ID/client ID and secret token/client token of the API. Copy the client ID and client secret from this page.

Once you get the API token, download the Reddit Image Grabber. This is Python script which you have to edit to enter API info and subreddit from where you want to download the image. 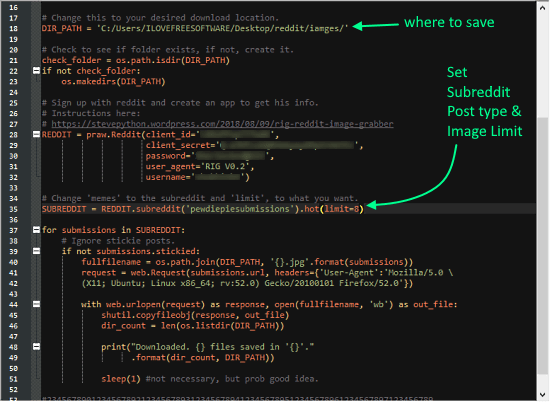 Open the script file in any compatible editor and fill the following information:

For example, if you want to download 10 images from ‘hot’ posts of “pewdiepiesubmissions” then replace the items as follows: 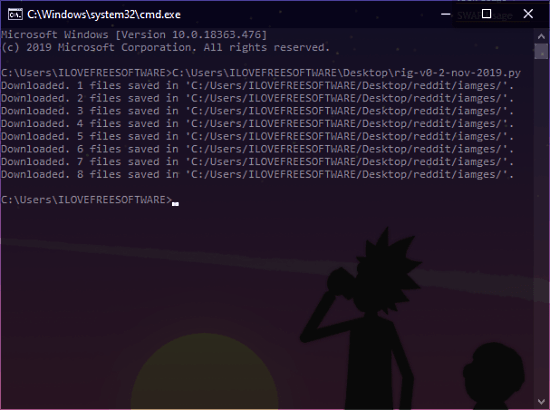 Once done, save the script file and open Command Prompt on your PC with Python installed. Then, simply drag and drop the script file to Command Prompt window and press enter to run the script. Doing this would initiate the downloading process. By default, the images are saved in the same directory as of the script but you can change that in the script if you want. Also, keep the target folder empty to avoid overwrites.

This script uses praw library which you can install by entering the following command in Command Prompt:

And, if pip is also not installed on your PC, you can find a simple guide for that here.

This is how you can easily download bulk images from any subreddit. This script automates the process and saves you lots of time. Do note that, to avoid getting banned for mass requests, this script takes a 1-second pause in between requests which make the process a little slow. So, a bit patient and don’t go too crazy with number of downloading images.